That Belongs in a Museum!

Oh, Indiana Jones.  You are so noble in making sure that worldly treasures are accessible to all. SMS and I decided to take advantage of a nearby museum by taking the train into SF and visiting SFMOMA.

After a breakfast at home, we took the “bullet” train into the city.  While nowhere near as fast a Shinkansen, it is definitely on par time-wise with driving into the city since there is usually traffic.  We took a wrong turn or two and ended up seeing a police footchase, with rapid backup support from four police cars that were driving crazily.  We eventually made it back to the downtown but that experience, combined with the rest of SF we saw that day, made us feel that San Francisco has become really gritty.  While there are plenty of nice places a person can visit, the overall feel for me is a city with a lot of people in hard circumstances that are out in the street, disconnected from the massive wealth that’s flooded the city over the last 15 years.

So, one of the nice places is SFMOMA.  We walked in and since it’s a Blue Star museum, we got in for free.  Yeah!  We walked through all 7 floors.  There were some really nice works and some that made me think the classic modern art grinch thought, “I could have done that.” 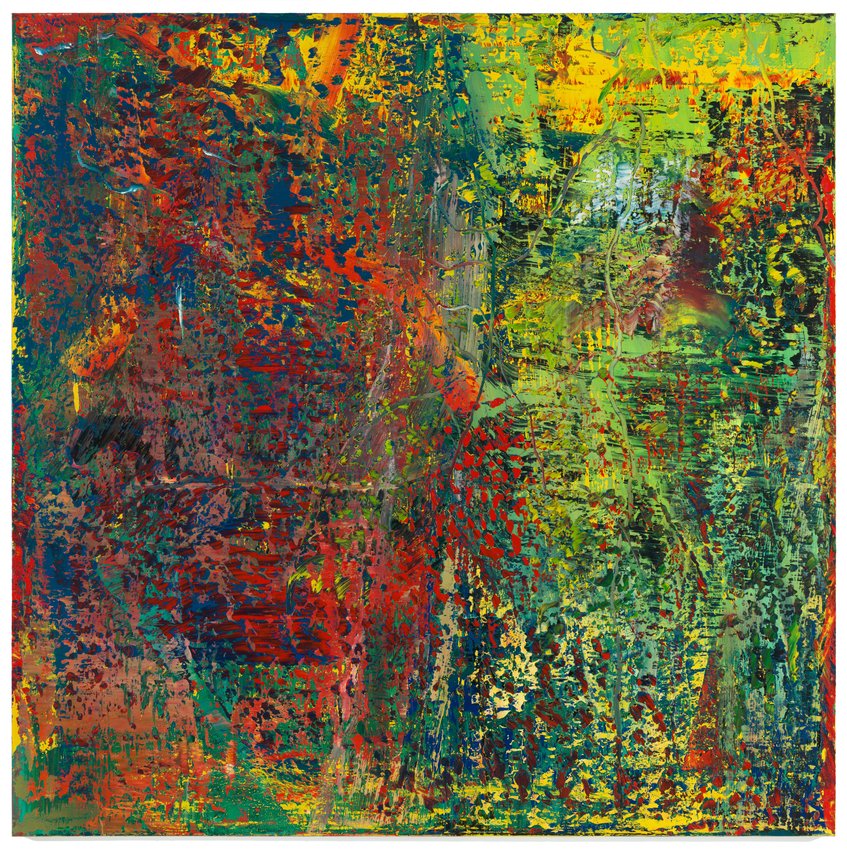 My favorite painting was in the German Art after 1960 exhibit- Gerhard Richter’s Abstraktes Bild (Abstract Picture), 1987.  The picture doesn’t do it justice.  Up close, the curves and transitions into completely different color palates were really amazing.

BUT, I will let SMS take you on an art tour- a carefully curated collection by SMS.

Look at me! I’m touching the art!