Wrapping up October with a quick fly-by!  I have to be done by the New Year- new resolution, more frequent blogging.  This has only been made and broken many times!

So, first things first.  The above picture is from a dresser I have from my parents.  It dates back to childhood and I just recently noticed by sister’s long-ago vandalism.  When I texted her on WhatsApp (would we ever have thought?!) she said, “That’s me!!”

I finally got my own office and moved out of my temporary digs.  As a present, I left a few Milk Duds in the toilet bowl (see an earlier post entitled, Office Prankster).  I think it’s funny and I’m fairly certain was never seen by anyone other than me and the janitor. 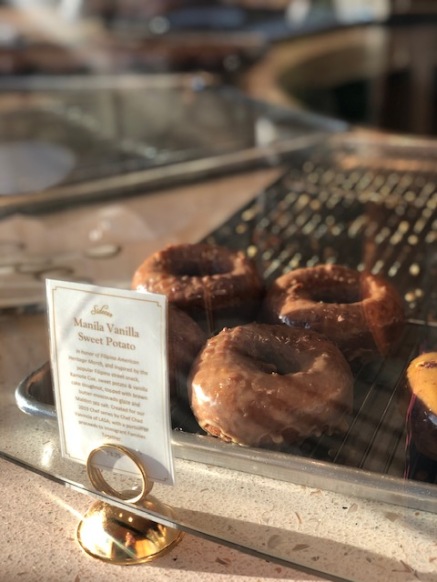 I found Sidecar Doughnuts in Del Mar Heights.  This was a delicious, although unnecessary, discovery. 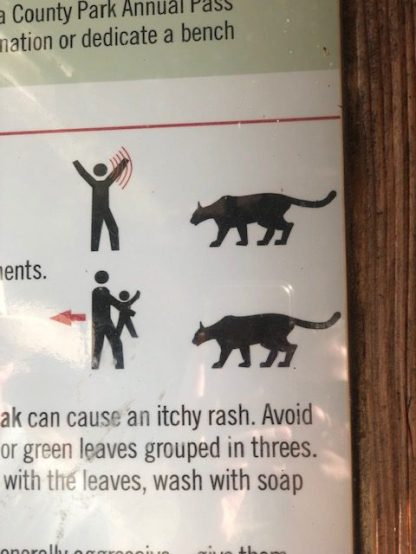 SMS and I took a hike at Huddart Park after the Wunderlich parking lot was full.  It ended up being a stroke of good luck because now we know of two cool parks to hike in, both with second-growth redwoods.  From the sign, it would be safer to have a child with us that we can hold in front of us should a mountain lion stalk us. 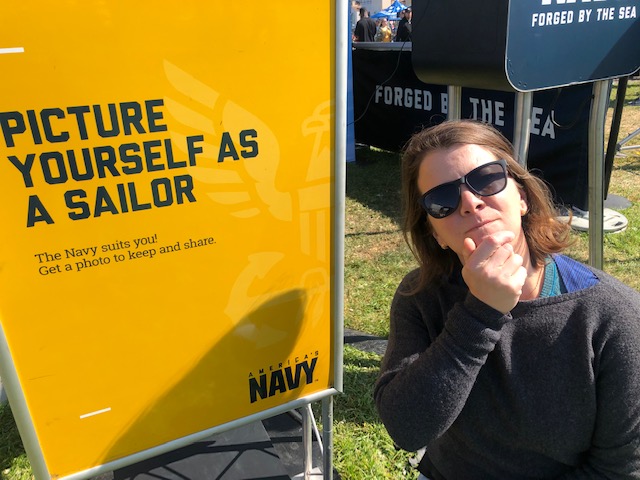 We also went to the Blue Angels show during Fleet Week, San Francisco.  I tried very hard to picture myself as a sailor.  Hmmmm….  The Blue Angels were pretty spectacular and we had a great spot on a gorgeous day!

I got tickets to the SLAC Community Open House and surprised SMS with a fun date night.  I feel this date night disappointed my sister-in-law, whom I had told we had a cool date night and the next day, when I told her where it was, I could feel the palpable “You guys are such dorks” waves come through the phone lines.

We managed to get some limited tickets to see the actual linear accelerator.  It was very cool so I took a few photos.  I think I need a klystron, with accompanying warning sign, in my own workspace. 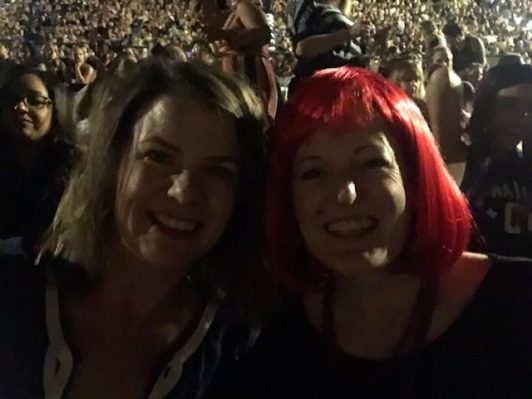 Jenny invited me to Lizzo!  It was an excellent concert!

SMS and I had San Diego’s best!breakfast! at Hob Nob Hill restaurant. 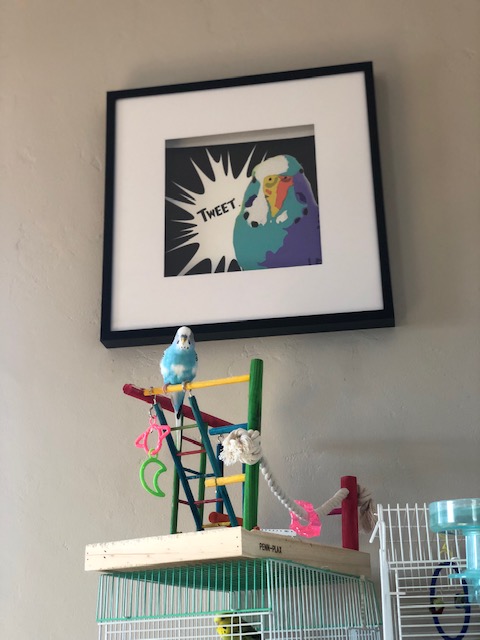 Pretty flower shop in at the North Park/South Park junction! 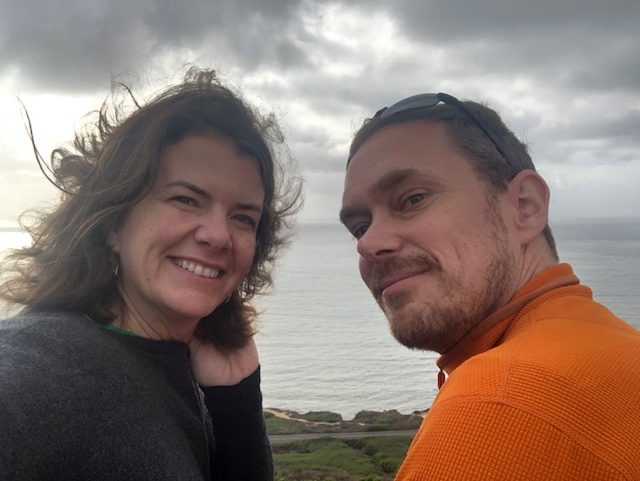 Hanging out in San Diego, not sure where?  Wait!  We are at Cabrillo National Monument.  Looking cute, might delete later! 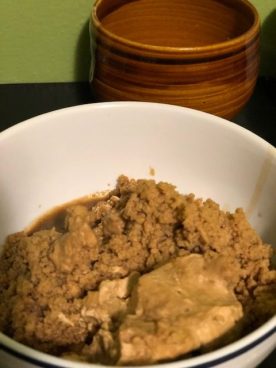 And finally, Halloween.  The department secretary organized everyone (read: six fools) to buy Waldo costumes, which was a lot of fun.  I made a layered chocolate cake from Martha Stewart, which was delicious.  I did have a Martha fail while making it (see rightmost photo), where I learned that you can over whip Whipped Cream!

One thought on “Highlights: October 2019”