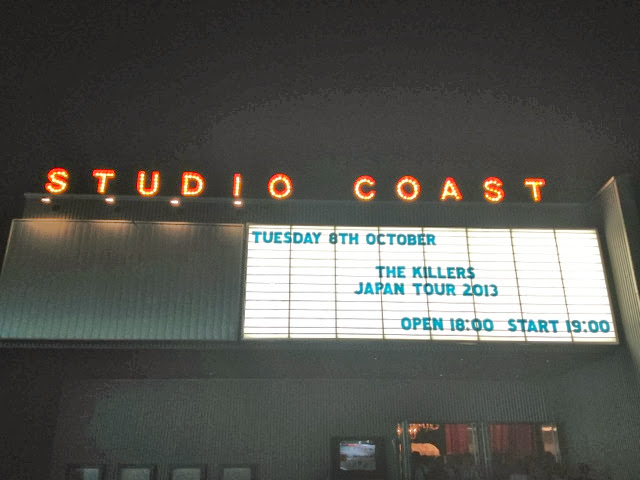 After a great day at work with my first “real” surgery as a staff, I was on my way to Tokyo for The Killers concert. Now, if you want to feel like a big weird-o, buy tickets via a Japanese translator for a band named “The Killers.” I swear, it’s just rock, not death metal! 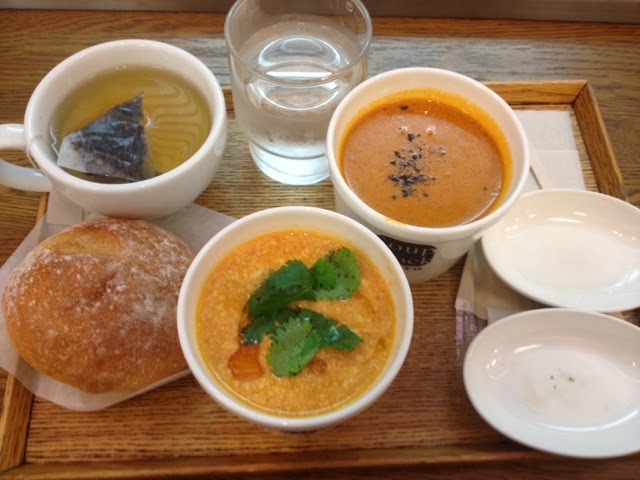 I headed out to Studio-Coast in Shin-Kiba using my trusty Hyperdia directions. I love that website. When I reached Shinagawa, I had a quick bite to eat at Soup Stock Tokyo. The dinner was amazing! I had two delicious soups: a lobster bisque and a tofu soup. Both were so tasty and served at the absolute perfect temperature. They were hot, but not too hot. I hate when soups are lukewarm because I don’t think they’re as flavorful and I worry about germs growing – yuck! But this dinner reminded me of how good food can be in Japan. I also had a tasty roll and a small mug of honey lemon tea that was also perfect.
Then I got on the Yamamote line followed by the Tokyo metro. I sped-walked to the venue because as I learned the hard way with Arcade Fire in 2008, concerts in Japan start on time! 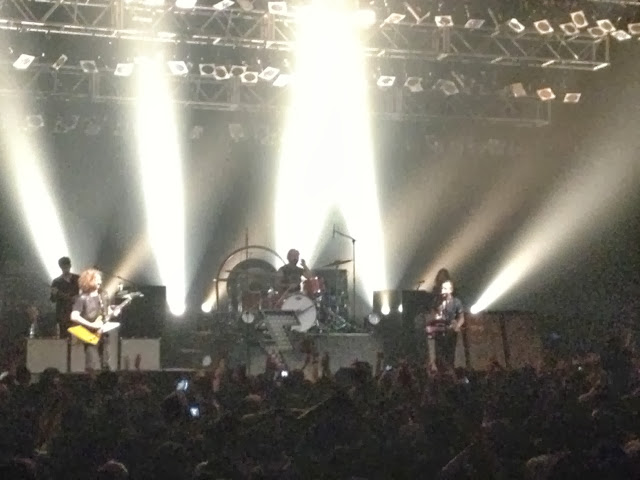 The concert was amazing. I stood on the steps to the main floor so I was close and had a great view. The venue is about 2000 people and has a wide, shallow floor so there really isn’t a bad vantage point anywhere. The whole band has a great stage presence although Brandon Flowers is definitely the focus, apart from the instrument solos. The concert was similar to X-fest last December. They played “Mr. Brightside” with the lights up, which felt like I was watching a band inside a school auditorium. The rest of the concert was darkened with lighting for effect. “Human” was awesome, both in the piano intro and full-song version. “A Dustland Fairytale” was a new-to-me song and I really liked it. Battle Born has some great songs and I loved the live version of “The Way It Was” and “Runaways.” It was just an overall awesome show. 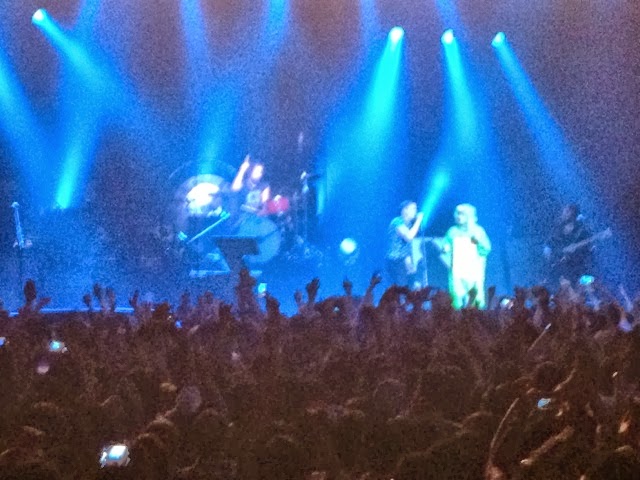 During “Read My Mind,” a Japanese fan in a green dragon costume was invited on stage. He was great! He danced and sang the “Read My Mind” line a few times. He was also very hug-gy. Flowers got 3 hugs from him and several deep bows! I later found out that the guy was dressed as Gachapin, a character that shows up in the “Read My Mind” video. Ah, so desu.
Here’s the set-list: Mr. Brightside* Spaceman* The Way It Was* Smile Like You Mean It* Human (piano/vocals)* Bling(Confessions of a King)* Shadowplay (Joy Division Cover)* Human* Somebody Told Me* For Reasons Unknown* From Here On Out* A Dustland Fairytale* Read My Mind* Runaways* All These Things That I’ve Done* Encore: Jenny Was a Friend of Mine* When You Were Young (The Internet tells me that on 10/9, they also played Under the Gun, Prize Fighter, This is Your Life, Battle Born, but minus Jenny. Neither show had Miss Atomic Bomb.)

One response to “Tokyo Concert”