In case you couldn’t tell from the last post, we were clearly trying to starve ourselves while in Singapore. Ha, ha. We were gorging ourselves like the fat man from Seven whose stomach exploded after eating too many spaghetti-O’s. But the food we ate was way better than that!

New Year’s Day, we headed over to a Toast Box store for breakfast. Kaya toast is a traditional breakfast set so we had to try it!  Kaya spread is a sugary spread of goodness with coconut, sugar, honey and egg. It’s served on toast and often accompanied by soft boiled eggs.  We spied on another couple and emptied our eggs into a shallow bowl and added a little sauce, which seemed to be a thickened soy sauce.  It was delicious. We also had really good, dark coffee. 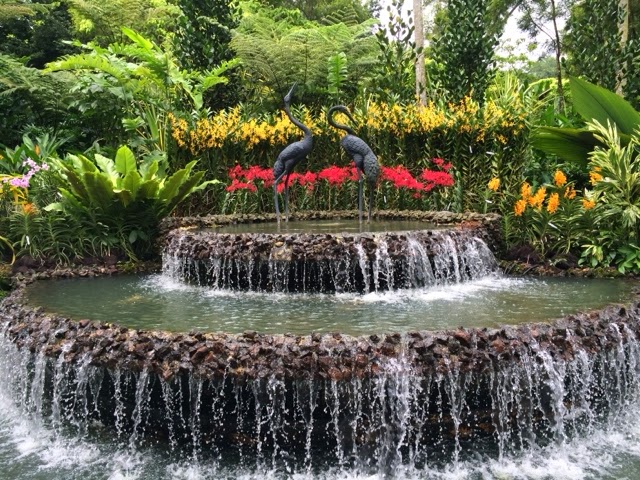 Then we decided to go to MOCA based on a 36 Hours in… article but fail!  Museum closed!  The taxi driver thought it was funny but we were up the hill from the Botanical Gardens so he just let us off there. 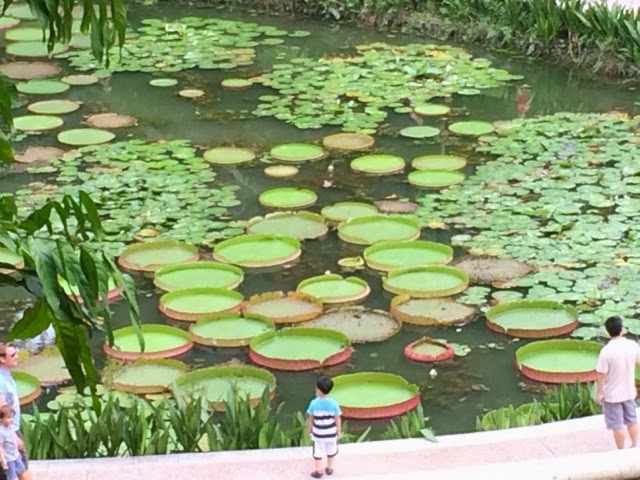 The gardens were so beautiful. It’s a huge, free park with gardens that are meticulously maintained. There is a $5 charge to see the orchard garden, which was well worth it. 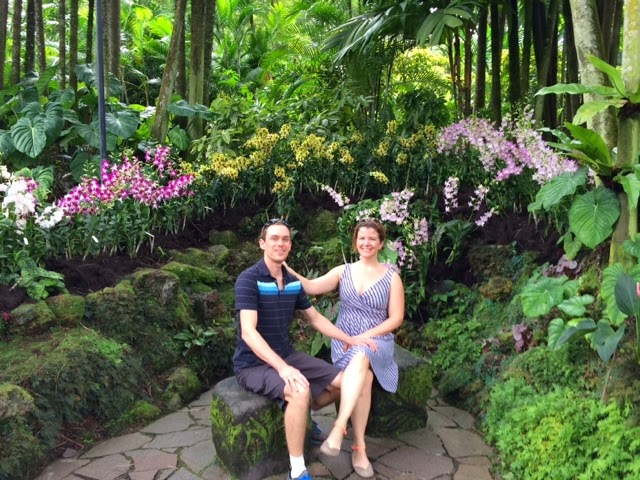 After we worked up an appetite walking, we headed over to East Coast seafood park for some chili crab, a well known local dish. SMS had had it once before during a brief layover when he was coming back from Nepal in 2010 and he wanted to show me the place. It was really good although crab is not my favorite dish. The presentation and sauce were impressive though. 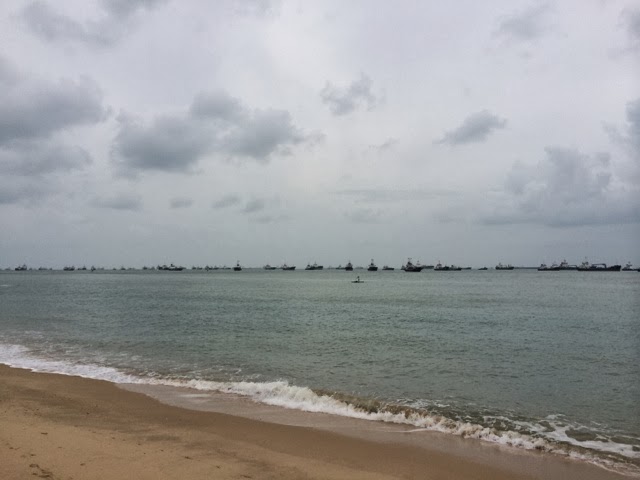 After lunch, we took a really nice, mellow walk along the seaside. We stuck our feet in the ocean and just hung out for a little bit. Then we headed back to the hotel to freshen up before heading out to the O’Connors.
Yes!  I’m so lucky!  I got to see San Diego friends while in Singapore. Tawnne and Seanhave been friends for a few years and are really wonderful people. We’ve gone to Coachella together (T and I twice, Sean once) and New Orleans Jazz festival. We hung out at their place and went out to dinner. It was so nice to see them and partially catch up. Their son is growing so fast! 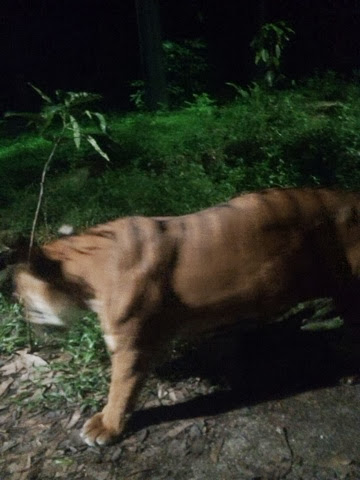 After dinner, Mark and I headed to the night safari. I have mixed feelings about zoos, but the display was really amazing. The animals are really active at night and they are in natural-like settings although when a tiger needs 1000s of square kilometers of space to live in the wilderness, I’m not sure any zoo display will be big enough. But it was really near and I felt like I was watching a nature documentary, the animals were so active!  There was a bear playing with a log, a prowling lion and tiger (different areas), active lionesses and invisible flying squirrels.