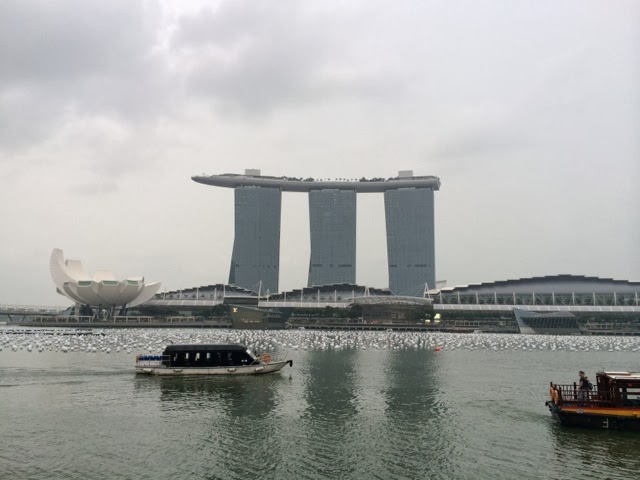 We had the best time in Singapore.  It’s a beautiful, diverse city. Our hotel was in a central spot for exploring and we saw a lot if sights in three days. 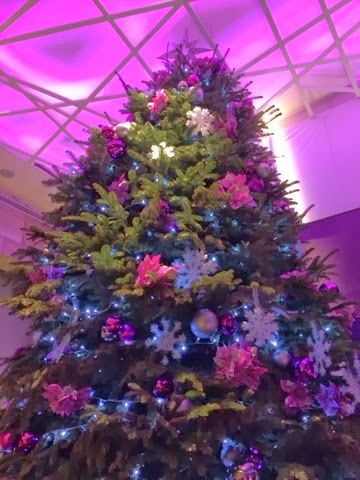 We also had the bonus of seeing a lot of Christmas decorations that were still on display. Since I am all about extending fun holidays, I loved it. It was also very beautiful. 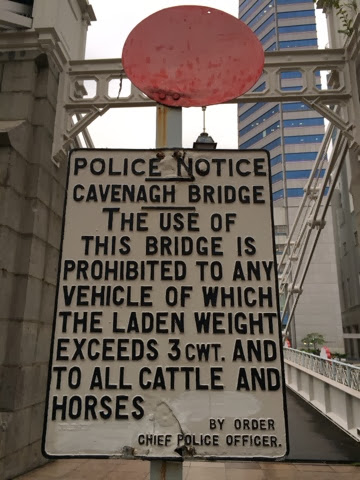 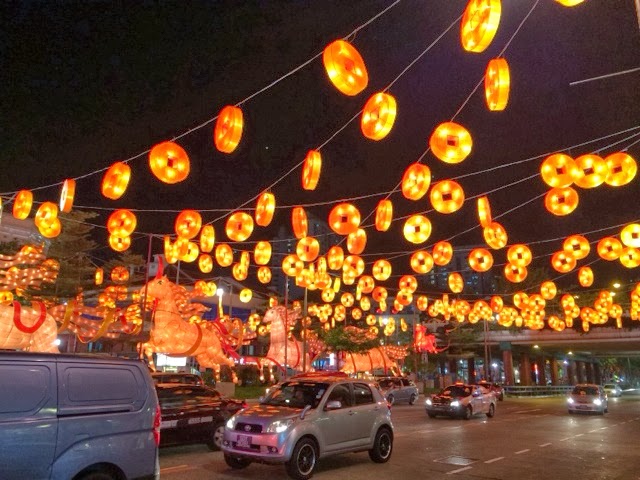 After arriving at the hotel, we headed to the waterfront/Marina district. We are at a waterfront restaurant which was a totally tourist thing to do but it was very beautiful and relaxing to sit by the water.
We also ended up waking through the Chinatown night market, which was pretty awesome. The decorations for the Chinese New Year were already in the process of being put up and the lanterns over the market were really beautiful.
The best part of our walk was meeting Stephen Wang at the Chinatown visitor’s center. I asked him for a dim sum recommendation and he gave us the name and approximate location of Red Star, which ended up being near our hotel. 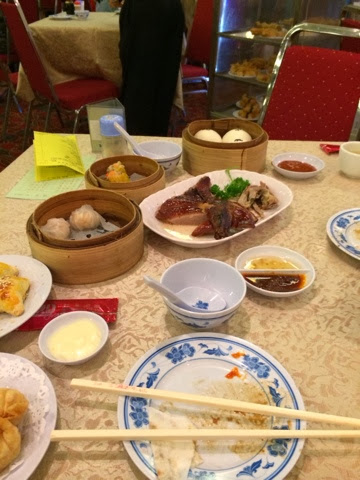 The next morning, we walked over. Wee didn’t realize that the location was approximate, so we had to ask a concierge nearby and we got the address. 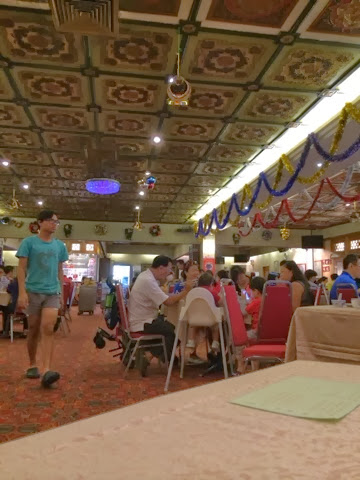 Never in a million years would I have gone into this place without a recommendation!  It was on the 7th floor of what looked like a slightly rundown apartment building. There was a slightly beatup, unlit neon sign. We got in the elevator and pushed the button. We passed 6 levels that all looked slightly abandoned but when the doors opened on the 7th floor, viola!  Red Star!

It was delicious!  I was super happy that the food came around in carts (which Stephen had said a lot of restaurants don’t do anymore but this one was big enough). We had two kinds of shrimp dumplings, steam buns, Peking duck, glutinous rice wrapped shrimp, fried shrimp wonton like things, triangle pastries with pork. We finished with custard buns. YUMMO!  It was all really good and since I’ve wanted to go back to a dim sum place ever since I’ve been to Maxim’s in Hong Kong in 2008, this was the perfect experience. I highly, highly recommend this place! 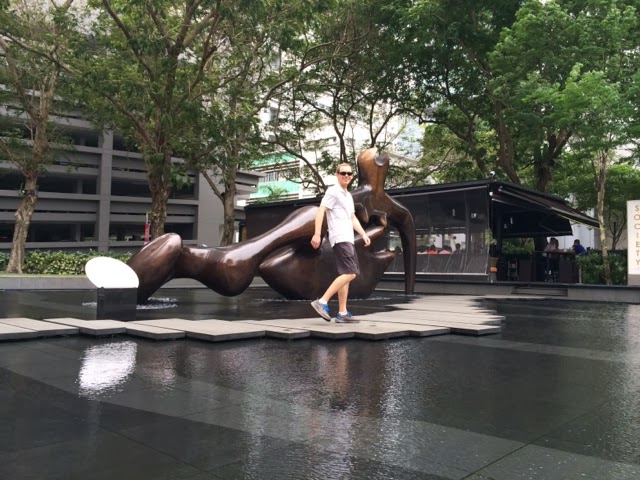 After breakfast, we headed back to the Marina area to get a cup of Jamaican Blue Mountain Coffee. SMS and I have decided that our péché mignon will be expensive coffee. Then we went back to the hotel and hung out by the pool. 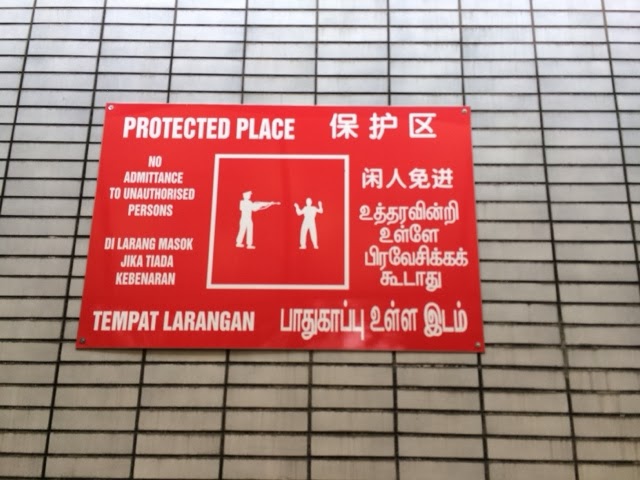 Next, we headed over to Little India and the Arab Corner. We had lunch at the food center by the Little India food centre and it was delicious. I had prata, which I don’t think I’ve had before and it was awesome!  We also had chiapati, butter chicken, dal and a noodle dish. 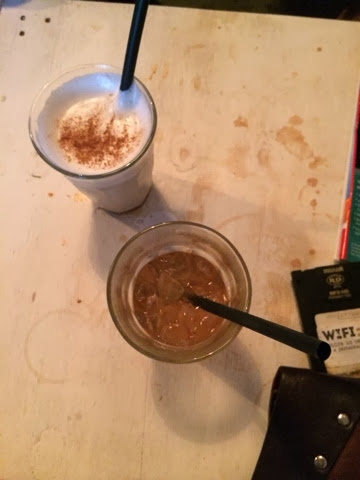 We saw the Sultan mosque in the Arab corner. There were beautiful fabric stores there and a really nice pedestrian street. We stopped in the Working Title coffee shops and got icy drinks. SMS got a iced chai and I got the most delicious thyme tea soda. It was SO good. 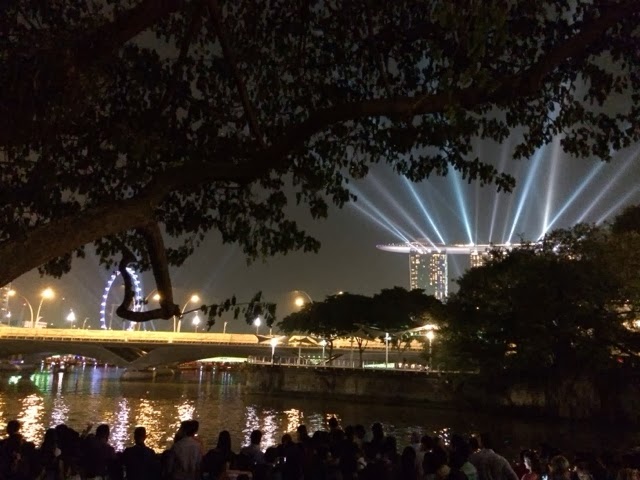 We went back to the hotel to rest and then we headed out for New Year’s Eve. Along with 300,000 other people by official count, we went down towards the Marina to watch the fireworks show. It was a crush of people but felt like a pretty awesome thing to do as two American tourists. 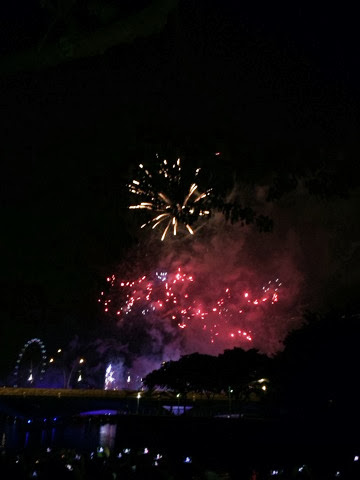