So, yes, in the words of my XO, we were “one of those people.”  Yesterday was Pi Day so SMS and I decided to have a party.  I actually think large group events are the way to go because we usually get a great turnout, even though there are always a few people missing due to other fun events.  (This time, for example, one couple was in Yokohama getting ready for the Sunday marathon and two friends were catching a midnight flight to Thailand.) 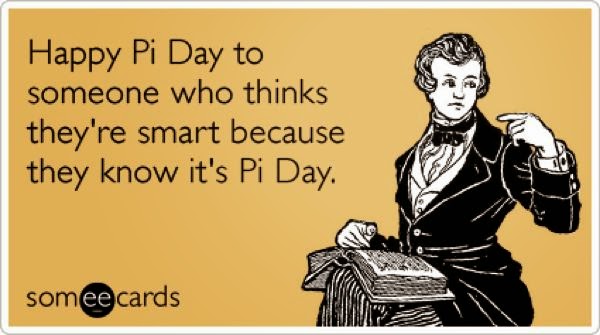 I made Shepherd’s Pies for entrees, a delicious vegetarian version with mushroom ragout and a Cottage Pie.  I started with the BBC’s recipes and then adapted them slightly.  Both were really delicious and it was nice to have a hearty main meal to balance all the delicious sweet pies that were brought- chocolate pie, chocolate banana pudding pie, apple pie and black-bottomed oatmeal pie.  The last one was mine and although sounded promising, I made too many switches with the sweeteners including using an unknown syrup that looked promising when I looked at it in AVE, the Japanese supermarket, but did not translate well.  The pie crust with the chocolate bottom was awesome though and I will definitely use the concept in future desserts!

It was a really fun party with a great group of people.  There was more mingling than last time, but I guess that’s what happens when you don’t bring out the Cards Against Humanity.  Everyone sort of stays in their seats during games.

SMS has wanted to set off our remaining fireworks for awhile so several of us walked down to the pier.  SMS asked the fishermen if they minded, which was a good diplomatic call on his part.  The fireworks went off (yay!) and then we walked back.  A few of us stopped in Don Quixote’s to buy some more chu-his since I didn’t do a great job of stocking up on drinks before the party.  When people first showed up, I just put out what we had which made it look like a pre-moving party when people come over to drink up whatever’s open.  No one really complained though!

So, it was a great day.  The rest of my day was pretty mellow.  SMS taught an awesome flash class in Tokyo and got some really good feedback.  I’m so happy he had another great photography-related project turn out so well!