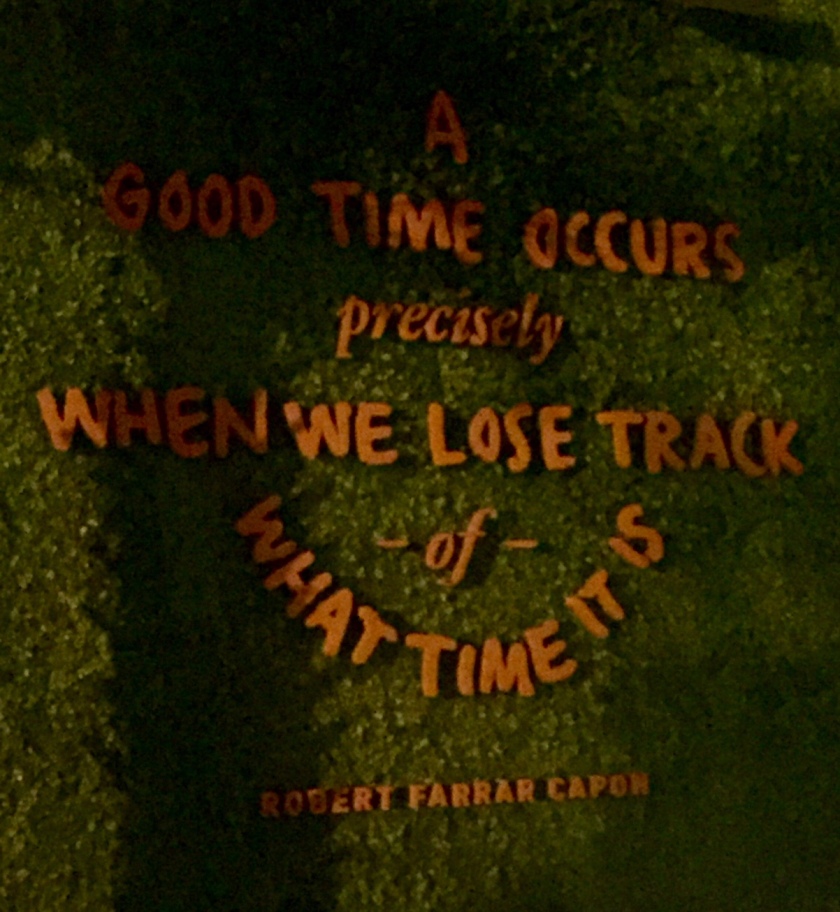 Last weekend, I went to Charleston to celebrate my friend!  It was her bachelorette party weekend, hosted by her best friend from high school.  We spent the weekend at her friend’s house in Mt. Pleasant, just across the bridge from Charleston.  It was a great group of women, most of whom I was meeting for the first time.

I arrived after midnight and within 5 minutes, had exchanged a lot of hugs and had a glass of wine in my hand.  Two thoughts: 1. Score and 2. There goes tomorrow’s long run plans!  We stayed up until 4 a.m, talking, catching up, and drink wine with the occasional Jello shot thrown in.  Yes, really!  We could hang with our college-aged selves I think. 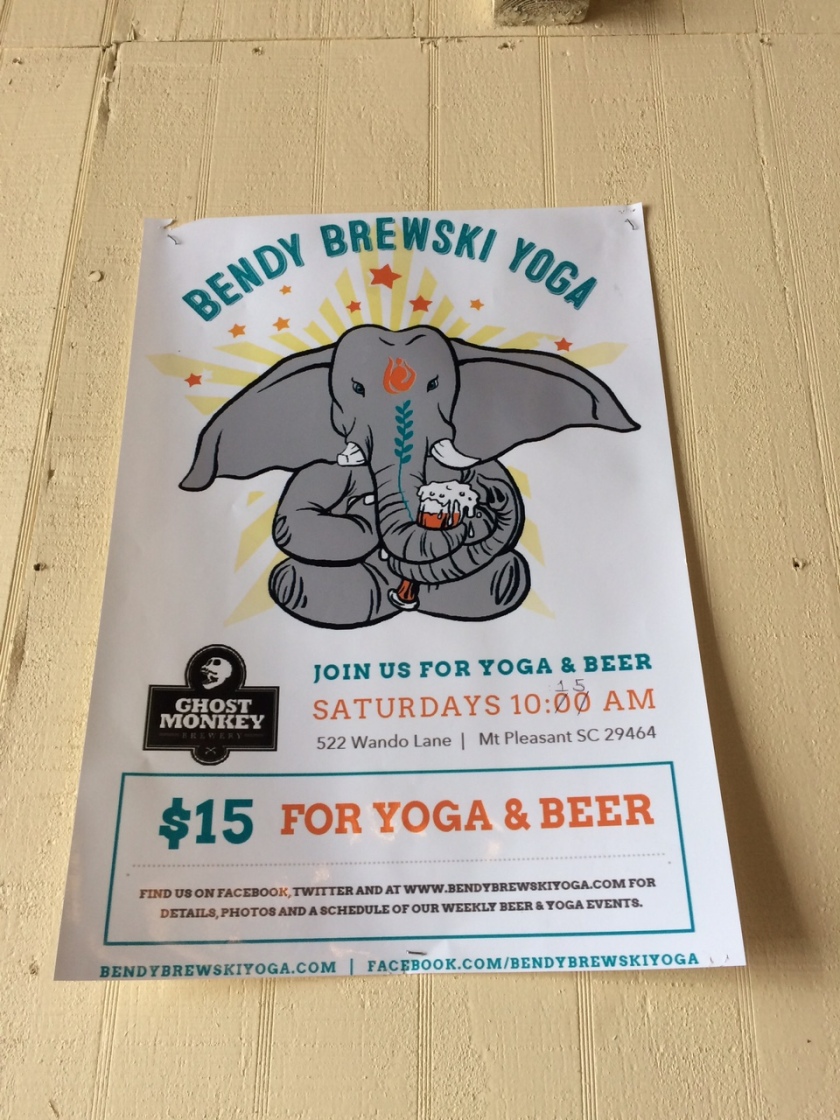 Until we couldn’t, hahaha.  The next morning was a little rough although for me, it was mostly the lack of sleep.  We got up at 8:45 to go for a 5 mile run (better than nothing!) before heading to Bendy Brewski, a yoga session held at the Ghost Monkey brewery.  The class was pretty awesome and I felt very healthy afterwards.  I tried two stouts at the brewery- an Oyster Stout and Old Russian Imperial.  I really liked the Oyster Stout and will be on the lookout for another.  I know Flying Dog has one but I think they’re a little misogynistic, naming beers after ex-girlfriends in pretty unflattering ways so I’m not going to support that!

Anyway, we started getting pree-tty hungry after no food and all that activity so we took a rideshare over to Coleman Public House.   We had a delicious brunch with shared appetizers and a main.  The appetizers were delicious- crab & corn fritters, pimento cheese dip, rosemary popcorn and mac ‘n’ cheese.  It’s so nice being in a big group- I got to try a bite or two of everything!  For my main, I ate half of a Fungi burger with Gruyere, mushrooms, caramelized onions and truffle oil. It was delicious.  The burger was huge so I saved the rest for later, which ended up being at 3 a.m when I was denied a biscuit (see later in post!).

Initially, we had big plans for the afternoon but since they were sun-dependent, we decided to go back to Stephanie’s house.  Several people watched Ali Wong’s “Baby Cobra” comedy special but I Irish-goodbye’d it and went off to take a nap.  Pretty much everyone napped that afternoon and we all agreed that was probably the best way to spend the afternoon!

Then it was time for our big night out!  After getting ready, we went to Edmond’s Oast.  The food and drinks were off the hook.  Food-wise, we split a lot of mid-sized plates and everything was fantastic. I can’t even pick a favorite.  Their charcuterie and cheese plates had excellent choices although maybe a little light on the cheese portions. Don’t worry though- no one went hungry!  We also split beef tartare, mackerel lox on an everything bagel toast, pickled shrimp on toast (very smørrebrød), amazing french fries and a delicious chevre/cauliflowers/broccoli dish.  Drink-wise, they had great reds by the glass as well as creative cocktails.  I also wanted to try a beer that tasted like peanut butter and jelly but decided that could do bad things to my stomach.  I also laughed as I was considering that because I could picture SMS’ disgusted reaction “Why?!?!” to that selection.  He did, in fact, have that reaction when I told him about it later, hahaha.

The we went to downtown Charleston.  We heard some great music coming from the Music Farm so we paid our cover and went inside.  Unfortunately, it was only open for 40 more minutes (which would have been nice to know!) but while we were there, we had a great time dancing.  Then we went to Stars Restaurant in order to spend some time on a rooftop bar.  I ordered an Aperol spritz and it really went along well with the beautiful evening.  It may be more of a Summer drink but it also works in the Spring! 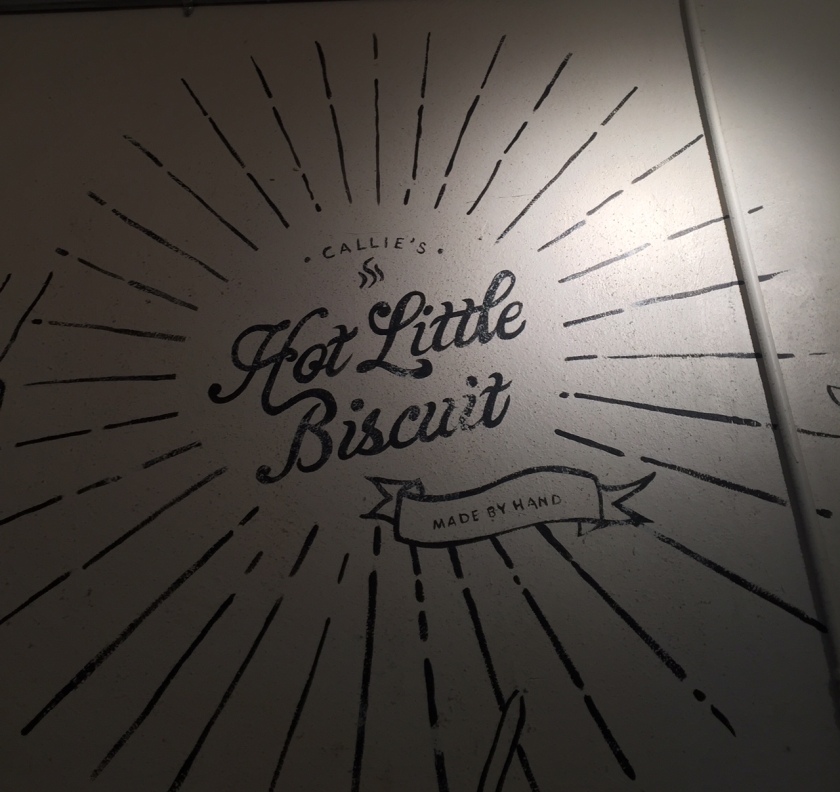 A few of us got into line for biscuits but since two Ubers had already been called, the following text messages were exchanged.

We got home around 2:30 and some of us made it another 4 a.m. night.  The next morning we slept in a little bit later.  I woke up at 10 since I was in the living room and someone walked into the kitchen and dropped a 25 lb. bag of marbles all over the floor.  No, not really but that’s what it sounded like.  That was my one annoyance of the weekend because really, who does that?  If you get the bed, you are obligated to feel a little sorry for the people stuck on the couches in the common area.

Anyway, I was awake and the upside was that I walked with the marble-spillers (I’m not a grudge holder 🙂 to the coffee shop for a delicious pour-over coffee and ricotta toast.  Yum.    Then I went on a run.  Yeah, right.  Not that morning. 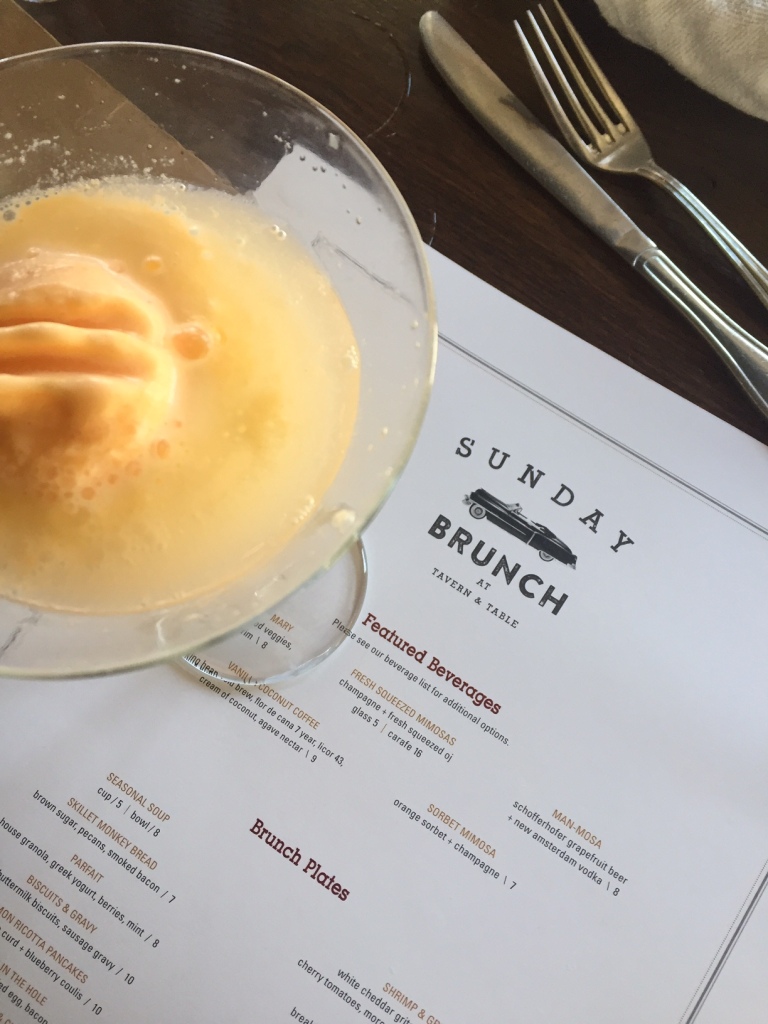 After coffee, we packed up and headed out for our 12:30 brunch reservations at Tavern & Table.  It was a restaurant right on the water and we had an awesome corner table overlooking the dock.  We split Monkey-bread, which was pretty good but I favored my entree of a thin everything bagel used to make a huge sandwich with egg, lox, dill spread and lots of veggies.   It was so delicious and so much food.  Again, I saved half for later which may not have been the smartest move without a refrigerator but I  suffered no ill-effects and am alive to tell the tale! 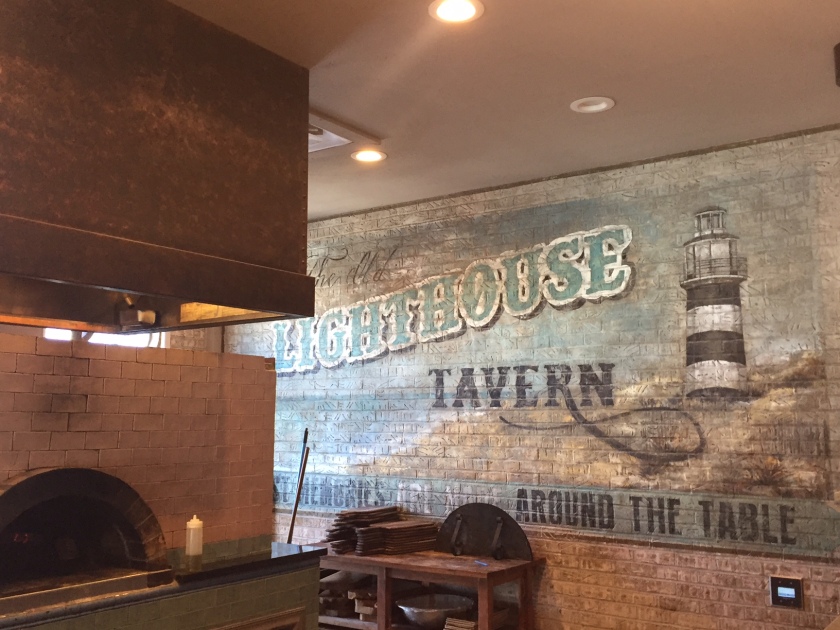 It was a great weekend and now I’m super-exited for Leah’s wedding.  I feel like I’ll have even more friends to hang out with and have an amazing time.  Hooray! 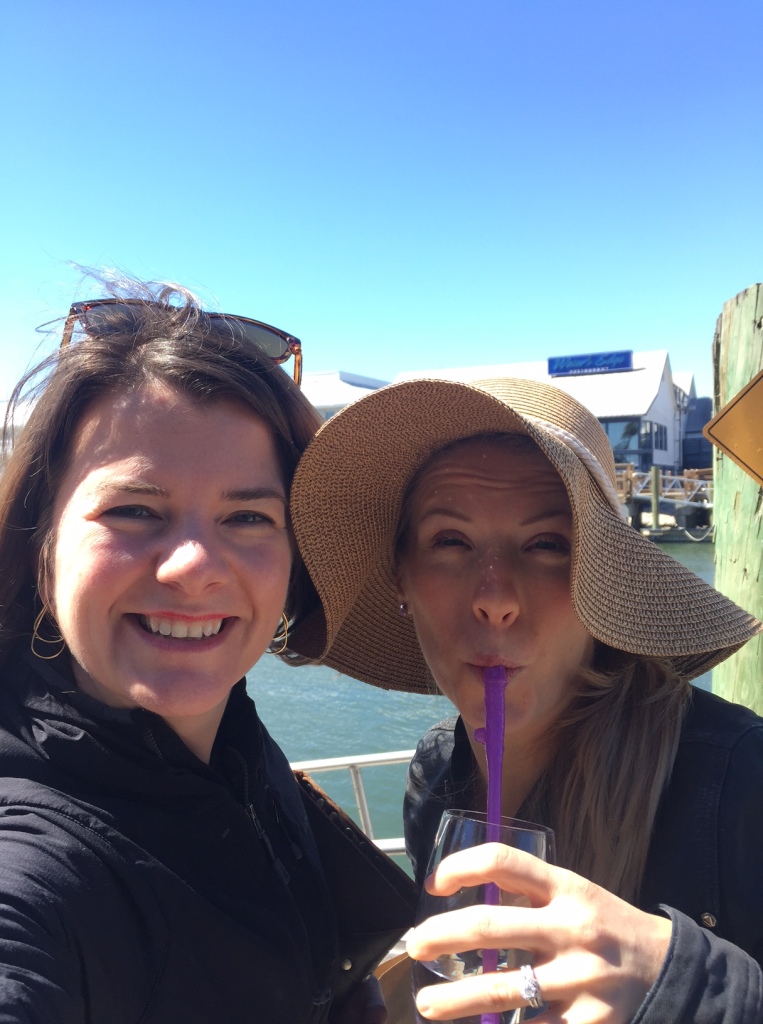