My sister has been in Pensacola, FL the past few months and earlier in the year, we decided to meet up for Hangout Fest, a three-day festival in Gulf Shores, AL.  There were several bands I was excited to see and I knew that at a festival like that, I’d make several new-to-me discoveries.

I flew in Friday morning and took an Uber to her house.  After I made sure that their bulldog Peaches wasn’t too disturbed with my presence, I let him out of the bedroom and gave him a few pats.  He was so happy, I received a drooly shake of the head.  Brady came home for lunch and we packed the car for the Fest.  I went to drop her off at work but good news- her afternoon class was cancelled.  Hooray!  After a stop at the Mini-Mart, we were off to Alabama!  We picked up some Everclear and dropped off our shuttle passes for resale by StubHub, which were successfully sold later that day.  Yay!

We stayed at a group house rented by one of her classmates.  They were a really great group of people and a lot of fun to hang out with.  Brady and I stuck together all weekend while the group slightly shifted depending on who wanted to see which act.  There were several overlaps where choices had to be made.  Brady and I were pretty happy with our chosen line-up! 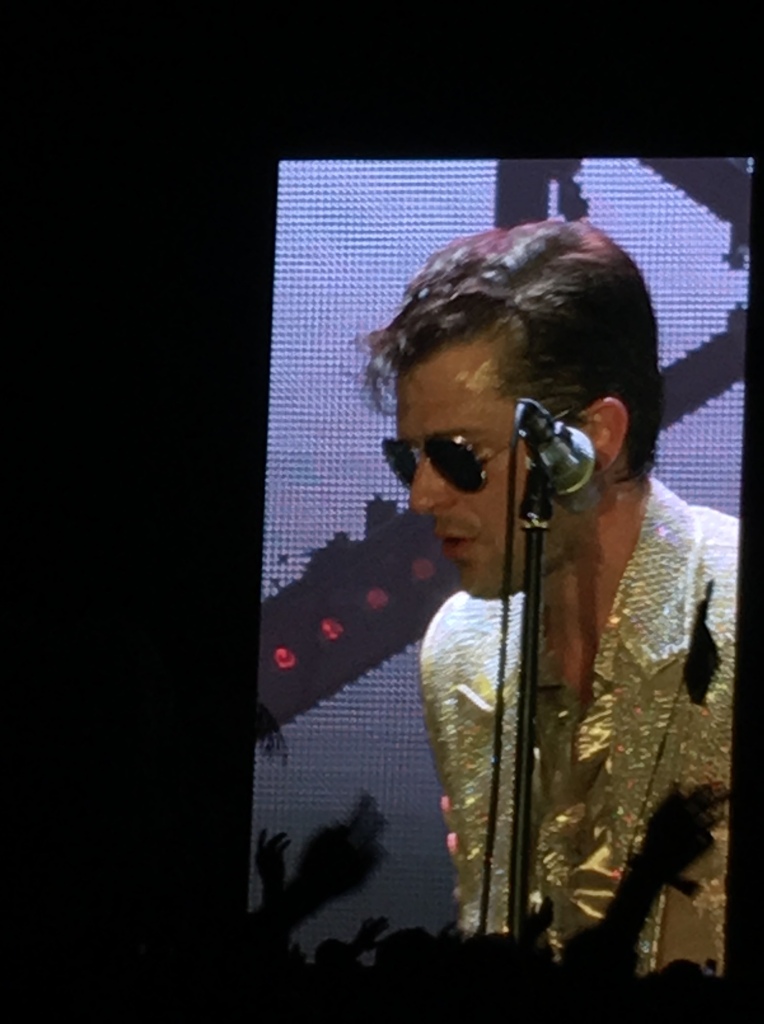 Friday was the highlight day for me, which was why I had taken the day off.  We saw half of the Cold War Kids set, Portugal. The Man, Zedd, and the Killers.  I really liked Portugal, who had a more modern rock sound than their radio single would suggest.  Zedd was a surprise as he ended up DJ’g a huge party on the beach.  It was so much fun.  Finally, although I love the Killers, I feel like Brandon Flowers’ vocals have been better.  The band was good, though.  Maybe I’m just snobby since I’ve seen them with excellent shows in smaller venues.

Saturday featured Anderson.Paak and the Free Nationals, Poolside, Halsey, and St Vincent.  I really liked Anderson.Paak- his energy was awesome.  Poolside was a bit more mellow and I didn’t realize that a band, rather than a computer/synth, made their sounds.  Brady and I spent an hour on “Corona Beach,” one of the three beach access points.  Swimming and taking a quick snooze made for a fantastic break.  As the evening approached, Halsey was awesome and way better than her radio singles would suggest.   Finally, St Vincent put on a great show, which we enjoyed rather than seeing the Chainsmokers, which we were both “meh” about. 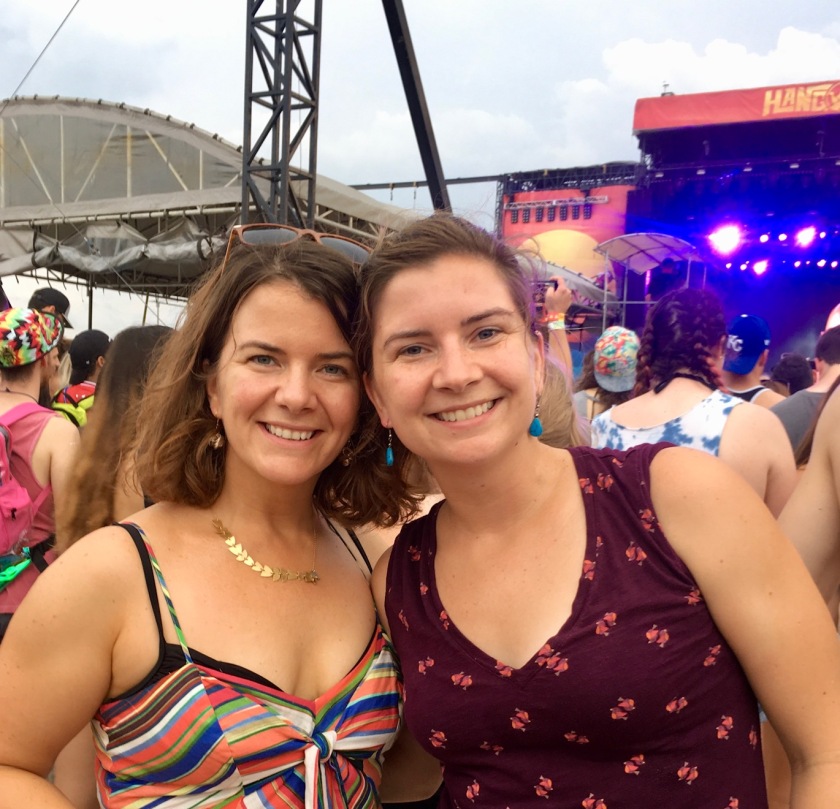 On Sunday, Brady dropped me off at the Florabama bar since my flight left at 7, which was too early to make going to the concert worth it.  I sold my ticket to a friend of hers and then spent the afternoon sunning, swimming, and drinking Bushwhackers.  It was a relaxing afternoon.

Then, it was off to the airport.  Although all the flights went through, there were massive delays I didn’t get to my final destination until 4:30.  People were going through TSA for the morning flights by the time we arrived.  Yuck.  Work was a little rough since I had such little sleep but it was worth it for an amazing weekend!