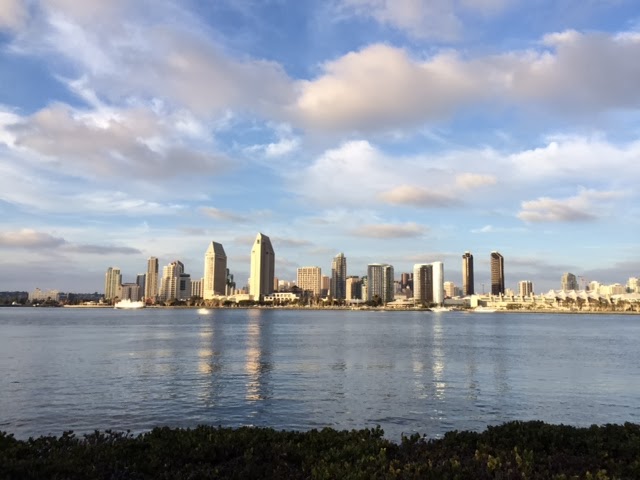 We headed down to San Diego on Monday after our beach getaway.  The San Diego week was much busier!  SMS had his classes and some homework while I worked on my studying for boards.  We still had time for some nice dinners (always), but it was surprising how fast the week flew by!
We stayed at the Navy Lodge on North Island and had a beautiful view of the beach and Point Loma.  I went for a walk on the first day, which was gorgeous and a case of good timing since the weather wasn’t all that great for the rest of the week.
On Monday, we had dinner at SMS’ parents’ house.  Rip cooked up a delicious marinated chicken thigh dish.  I also met up with a friend earlier in the day for veggie juice.  It was nice to have a friend date since I usually only catch up with people in big groups. 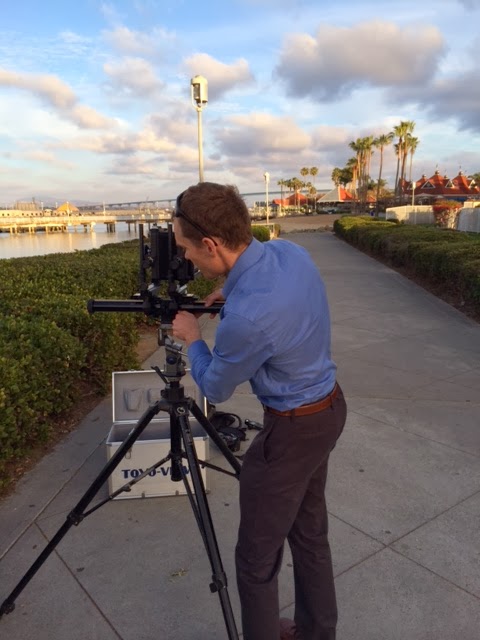 On Tuesday, SMS had his first photo shoot.  We set up in Coronado across from the downtown skyline.  SMS had to move fast b/c of the changing light but he managed to get the conditions he wanted.  It was a gorgeous sunset with beautiful clouds so I think the pictures will turn out nicely! 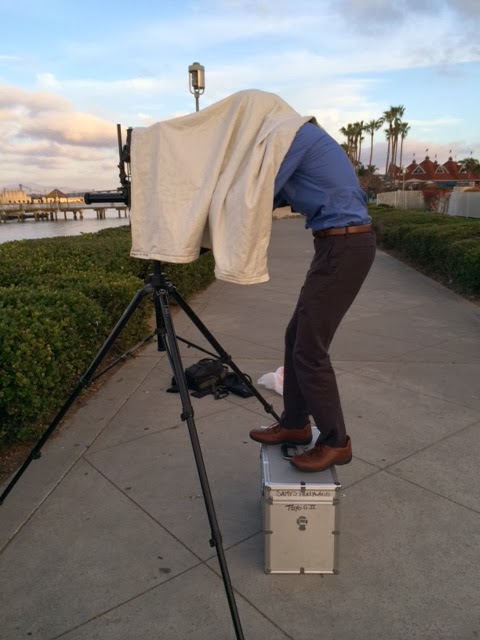 After the photos, we met up with Linda and Rip at Banker’s Hill Bar and Restaurant.  That is definitely my top restaurant in San Diego (in case you are wondering, other favorites are The Smoking Goat, Enoteca Davanti, Starlite and Kitchen 4140).  I had a delicious salad, a deviled egg and for an entree, SMS and I split two dishes- the burger (awesome!) and “Crispy Eggplant Parmesegnia.”  Everything was awesome, incuding the butterscotch pudding and chocolate-coconut tart (with an almond joy taste).  The tart was served with espresso ice cream and spicy kettlecorn.  Awesome combo of textures.  I really don’t like firm toppings on ice cream (no chewing ice cream!) but the popcorn was awesome.  A little give which only increased as it got slightly soggy (but a good soggy!). 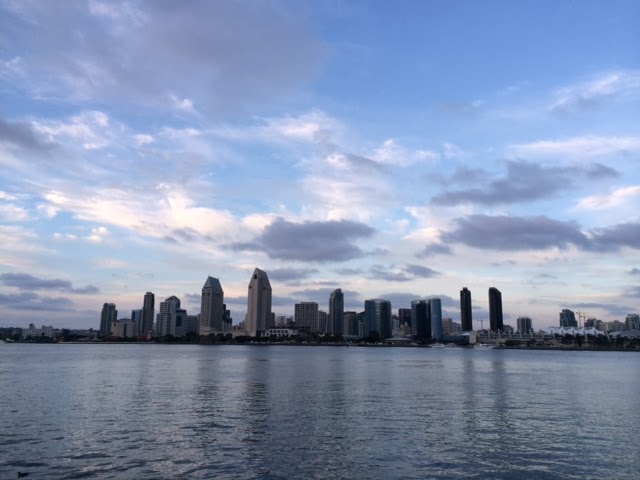 On Wednesday, I shadowed at Kaiser to get more neurotology exposure. I would really like to do my fellowship training in San Diego so I thought it was politically astute (read: brown-nosing) to shadow Dr. Cueva for the day.  It was really interesting and I think I made a good impression.  I followed that with a dinner at Cueva’s bar (no relation, just coincidence) with several of my awesome, long-time San Diego friends.  I really miss everyone and I was so happy to see everyone.
Thursday,  SMS and I took several pictures at Balboa Park.  He set up at the Organ Paviollion.  It was a nice setting with an afterthought bonus of being right next to where we met during December Nights.  We were a little late to meet Stacy and Michael for lunch, but it was really nice to see them and we had a tasty meal at Bread & Cie.
That night, I met up with my old book club, which is also composed of a great group of women.  We went to Wine Vault.  I was blown away by the food the first time I went several years ago but the other two times I went I’ve been less than impressed.  It’s still a cute place to go with excellent wine pairings but as you saw above, not in my top 5 SD restaurants! 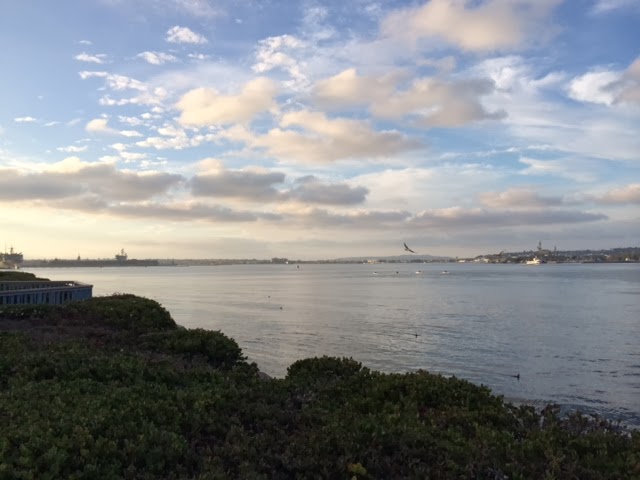