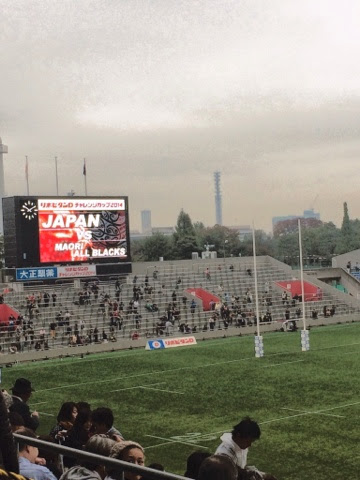 This weekend was awesome!  SMS and I had the best time and it was packed with activities.

On Friday, I went to derby practice and SMS had a Japanese lesson.  Derby is a lot of fun and slowly but surely, I’m getting better on skates. After our individual activities, we met up at the apartment and headed over to Stacie and Jeff’s for dinner. They made an awesome white fish dinner with a garlic/tahini/cilantro/lemon sauce served in a grilled eggplant boat.  Yum!  Dessert was a multi-course smorgasbord. I had received two rich custards and two chocolate millefleurs mini-cakes from Kazu-San at work; SMS had bought macarons from a shop outside Daiei mall; and Jeff and Stacie provided mini-custard eggs. It was an awesome dinner and such a fun but mellow time. Liz and Carl were there too. It was a great time and we talked until it was pretty late. Since we had a sort-of early day on Saturday and we were tired from the workweek, we all headed out around 11.
On Saturday, I woke up at 6:30 (boo!) and though I tried to will myself back to sleep, I got up around 7:20 and went for a 7.5 mile run. I haven’t been running much but as long as I try to stick to a long run a week, the half-marathon will at least be tolerable. I ran down to Kannonzaki and ran the trails during which, I was seriously sucking wind. Trail running is hard! 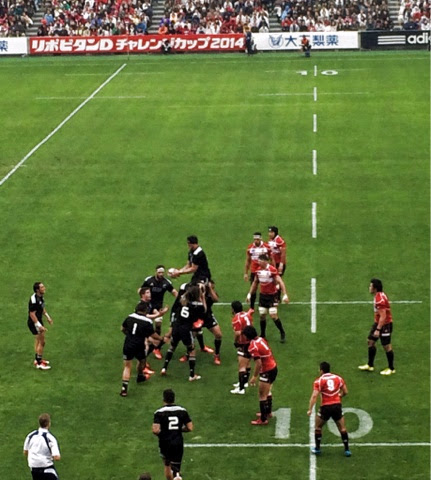 I got back, showered and SMS and I headed out to pick Carl and Liz up because we were off to Tokyo for the Japan vs Maori All-Blacks rugby match. It was awesome!  The game was really close and for about 10 minutes, it looked like Japan would win which would have been a HUGE upset. The final score was 20-18 with the All-Blacks winning; what a heartbreaker for Japan! 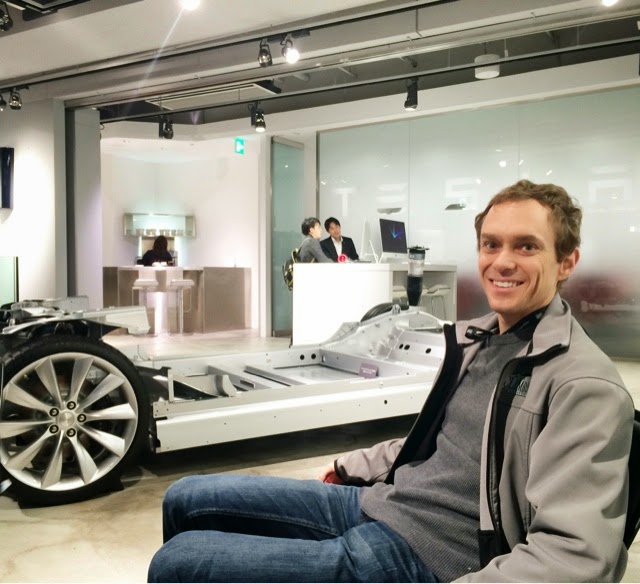 We started walking back to the hotel when we decided to go into the Tesla store. SMS was nervy and asked to test-drive the car and a half-hour later, we were cruising Tokyo in a Tesla. Sagoy!  It was an awesome ride and super cool. The touch console display is amazing. I know what’s on SMS’ Christmas list now!
We walked back to the hotel and got ready for dinner. We thought about Gompachi, but we decided that we were in the mood for pizza. We went to Roppongi and went out to a brew house that had pretty good pizza. We had a lamb/arugula pie, pancetta/sausage/ground meat pie, and a bechemel/mushroom pie along with Caesar salad. It was delicious and filling, which was great since we were four hungry people!
Afterwards, we headed over to Mori Art Center and took the elevator to the 52 floor to see the Tim Burton exhibit. It was pretty amazing. He is a very talented, prolific artist and seeing the various sketches, storyboards, paintings, drawings and models were really cool. I particularly like his wry takes on common expressions like a man with seeing eye dogs, literally two little dauschounds and a puppeteer whose one puppet cut off his head to the horror of the other puppet (“Eek!”).
We were pretty tired after that and decided to head back. On Sunday morning, we went to the New Sanno brunch and had a feast!  There was a pastry table, lox bagel fixings, prime rib, omelet station, waffle station, shrimp fried rice station, dessert table and two buffet lines with breakfast and lunch offerings. It was awesome and our bellies were full. 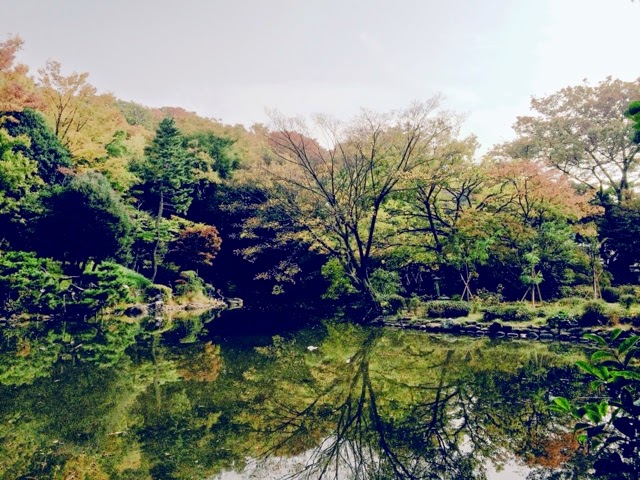 Then SMS, Carl and Liz headed home while I waited for my bus to the airport. I took a quick walk and went to my favorite park before boarding and then it was time to go. I’m doing a whirlwind tour of the States for three otology interviews.  Wish me luck!