Saturday was a lazy, rainy day.  I was not on call (yay!) but since we were planning a trip to Nikko, we decided to have a mellow Saturday.  We went to Snug Stay Door for lunch which was delicious, as always.  This time, I had the vegetable bean burger.  It sounds redundant, doesn’t it?  But it was awesome and came with a delicious bean sauce and normal burger fixings (vegetable) on top of a slightly polenta-tasting (bean) burger.  Yum.

Although it doesn’t sound lazy, I went on a six mile run to the Art Museum late in the afternoon.  I’m “training” for the Yokosuka half marathon, which basically consists of a weekly long run with scattered working out during the week.  Not the best plan and I wouldn’t recommend it, but it’s enough to keep from deeply regretting running in the half.  Who wants her running mantra to be, “Why didn’t I sign up for the 10K, Why didn’t I sign up for the 10K?”

On Sunday, we headed out to Nikko.  Let me preface this travelogue with the fact that this trip was a tiny bit of a dud by my standards.  I had been to Nikko several years ago and thought that hazy flashback would be enough to get me through.  Eh, I should have planned a little better.

So, the main reason for going to Nikko was to see! Fall! Foilage!  This was very successful and I was very happy.  The Shoyen garden attached to the Rinnoji temple has beautiful Fall colors with several bright red Japanese maples.  I think the trees were at their peak which was pretty awesome timing. 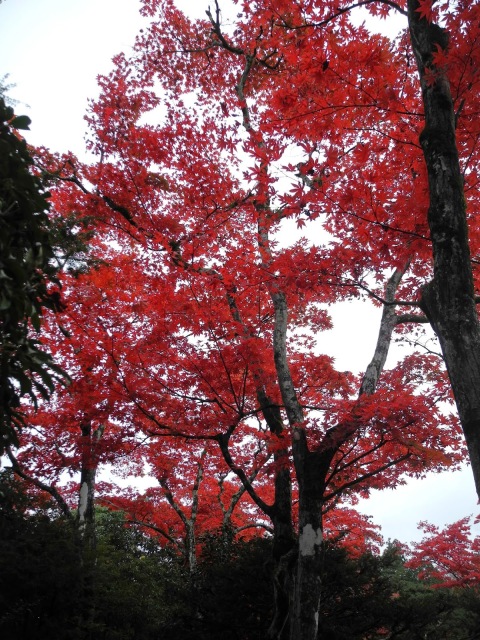 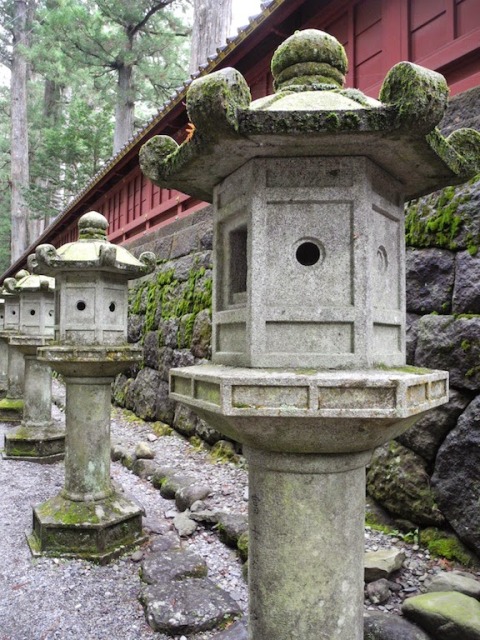 The main reason for the “meh” feeling towards the trip overall was a bad sense of timing.  The trip from Yokosuka took about 3 hours to get there and 4 hours to get back.  Since there were other things we would like to do in Nikko like see Lake Chuzenji and Tobu World Square, we should have planned a weekend trip to see everything.  Sights are about 40 minutes apart by bus or train so doable in a weekend, but we just didn’t really think things through other than “Leaves!”  Also, it was really crowded due to the foliage and that Monday was a holiday so I was very happy we didn’t drive but it also made the trains more crowded.  We were unable to take the Rapid Express home, which is why the extra hour got tacked on to our trip back.  I should have booked our seat reservation when we got our tickets in the a.m. at the Tobu Asakusa station.

Next time, I still think I would take the train since the Nikko 2-day pass is a really good deal for public transportation and driving doesn’t save that much time.  I also might go at a time when we’re not still “templed-out” after our Kyoto trip. A great resource for planning a Nikko trip is this handout from CFAY.  Also, bring snacks since the temples are spread out and the train rides lengthy.

BUT!  I’m glad we went.  I’m from the East Coast where people do crazy things like sit in crazy traffic along Skyline Drive to look at Fall Foilage so I don’t think what we did was too crazy.  I would just like to plan for a better leisure time:travel time ratio. 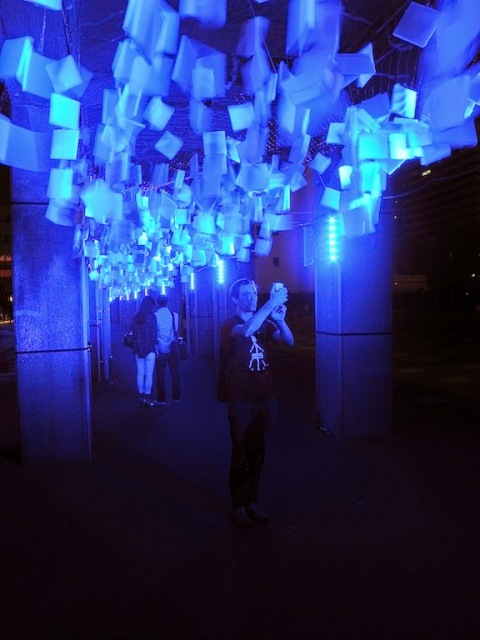 On the way back home, we stopped in Yokohama to see the Smart Illumination, a energy awareness light art exhibit/installation in Yamashita Park, Yokohama.  The website said Minatomirai so we walked extra (yay, more walking!) to get there but eventually we saw the installations and had a more modern end to our day.