Well, hello!  Won’t you join me for a cup of the BEST COFFEE IN THE WORLD!  Although Buddy the Elf in the eponymous Elf thought he had found the world’s best coffee, SMS and I are #1 fans of the Kona coffee from The Honolulu Coffee company.  We had some on our honeymoon (twice!) and SMS was determined to find a store here in Japan.  This quest led us to a beautiful, but coffee-free, beach in Zushi and on Sunday, to World Porters in Yokohama where we found it!  Hooray!
The French Press were individual sized instead of for two, so we each got our own and had the most delicious cup!  The mall was super-crowded, especially in the food court.  We preceded the coffee with Bibimbap for lunch, which was delicious.  I love the food court at World Porter’s- the bibimbap place is awesome.  There is also a delicious bakery adjacent to the food court and my favorite sushi go-round on the other side from the bakery. 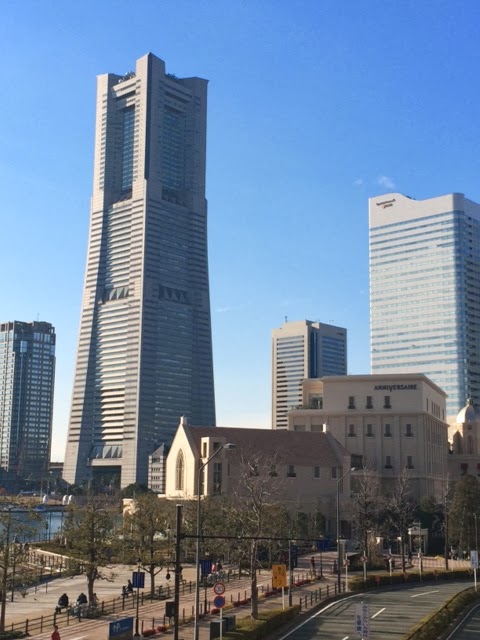 After lunch, we walked around the mall and SMS got an awesome man bag.  They’re pretty de rigueur around here in addition to being really practical.  His looks awesome.  It’s very difficult to find one that a. does not look like a lady bag and b. does not look like a fanny pack casually draped over the shoulder.  BUT, he found one and it is awesome!

Then, we made our way over to Osanbashi International Passenger Terminal for some photos.  The structure itself is amazing.  From far away, it looks like a grassy roof on top of a large building, but it is actually a really neat, geometric wooden deck with inset grassy areas that one can’t even walk on.  The deck is fair game and really quite astonishingly intricate and beautiful. There are some great views of the structure itself, the Yokohama skyline and a nearby bridge. 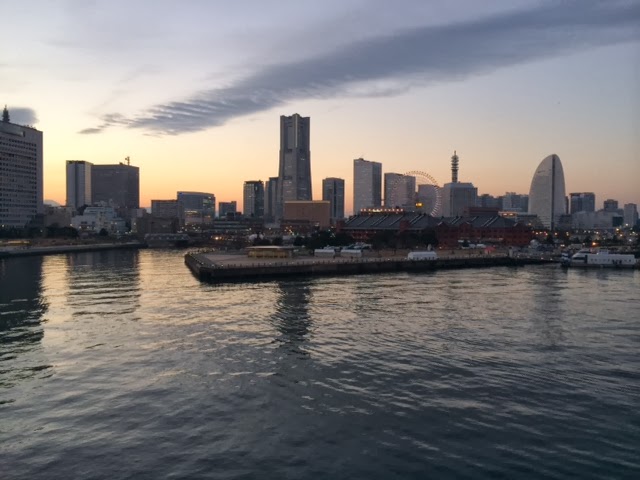 SMS and I set up in a spot to get a really nice picture of the skyline.  The picture above is a little early compared to the gorgeous lightening SMS waited for but I just thought I’d show my little iPhone shot just to set the scene. It was fun to go out with SMS but taking pictures made us hungry so we walked over to Chinatown. 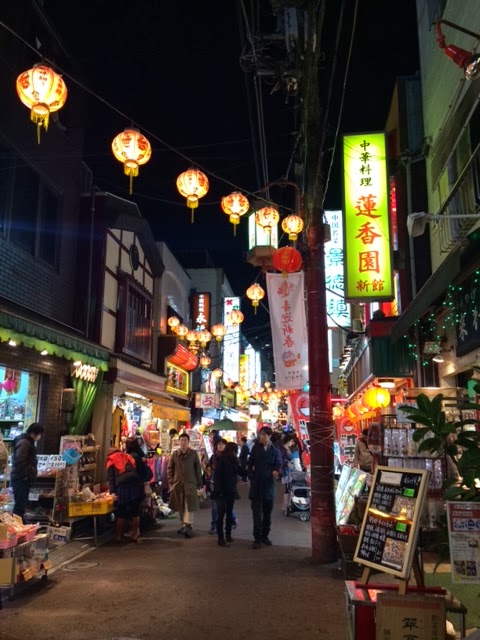 We walked through the streets and snacked our way through.  We had several steamed buns and one set of delicious dumplings.  It was really beautiful at night.  After awhile, we started to get cold so we quickly walked through Motomachi, jumped on the train and headed home.  Awesome day!