We decided that we wanted to hike in some of the gorgeous areas around Portland while we were there.  Although Multnomah Falls and the Columbia Gorge were strong contenders, we decided to go to Mt Hood Park and hike to Ramona Falls.  It was a 7 mile round-trip hike with only 1000 ft elevation over the first 3.5 miles and we thought we would be ok to handle it.  The pictures of the Falls looked so beautiful that it’s where I really wanted to go.

In the spirit of avid hikers, we slept in again although not as late as before.  We stopped at Bowery Bagel for breakfast.  SMS had seen a write-up of the place and the bagels were awesome.  Before heading out, we drove to St. James, a really cute section of NE Portland to explore at Blue Moon Camera, a film camera store that SMS knew about from his Facebook group Film Collective.  The store was pretty cool, although I’m not super interested in the ins and outs of various older film cameras.  But SMS thought it was awesome and I looked at a few other shops while he was looking and we both had a great time.

Then it was off to the East to go hiking.  Except we went West first since I got mixed up at an interchange.  No matter!  We recovered and turned around.  We still did not take the most efficient way there and we were pretty over the car by the time we arrived at the Ranger’s Station.  There, we obtained our National Park Pass (free for military!).  SMS made some hilarious deadpan statements about hiking misadventures and by the end, I’m fairly certain the ticket woman thought that if we hiked, our way out would either be by death or LifeFlight. She still gave us our pass and we went to the Zig Zag Inn for lunch.  There I ordered the Sasquatch burger, which was huge- at least 5 inches high.  SMS thought it was funny that I was surprised it was that big given the name but I wasn’t expecting two days’ worth of meals on my plate.  So, I made a dent in it and that was more than enough.  I hate wasting food but if I had eaten all of it, I probably would have had to be LifeFlight’d out of the restaurant.

We hit the trail at 3:45.  Late for sure, but the sun was up until at least 8 and we felt pretty confident in our abilities.   We hiked in approximately one mile when we came to Sandy River.  The bridge had washed out a week prior so we forded the river.  Well, really, we walked on a log just over the water but we made it!   I had visions of flash flood tsunamis coming down the valley but it didn’t happen that day, my friends!  We pressed on and took the left (no horses allowed) branch of the loop.  We walked through beautiful Alpine Meadow-like forests with evergreens and gorgeous mossy ground, which I can never capture on camera well.  There was a stream that hugged the trail and it was so beautiful and serene.  We made it to Ramona Falls which was amazing.  The Falls are quite tall and the rock that it runs over has lots of deep crevices and divisions that really give it a cool, unusual look.  We hung out for a little while and then took the other half of the trail home.  This branch hugged the Spring River and all the felled trees were amazing- it was clear that the waters sometimes rage there. 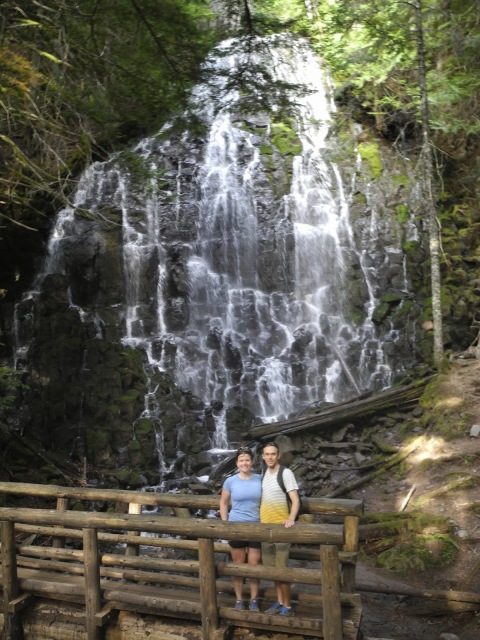 We headed back to Portland and celebrated with a decadent Seafood Tower at the Woodsman Tavern.  The tower consisted of crab, 18 oysters, smoked mussels and an uni dish.  Apart from the uni dish, the seafood tower was awesome.  I’d always wanted to order one and it seemed like a great time.  Our waiter was very good and we had a really nice time.  To cap it off, we went to Salt & Straw for dessert where I had a split-single scoop of sea salt caramel and almond brittle in a waffle cone.  Delicious! 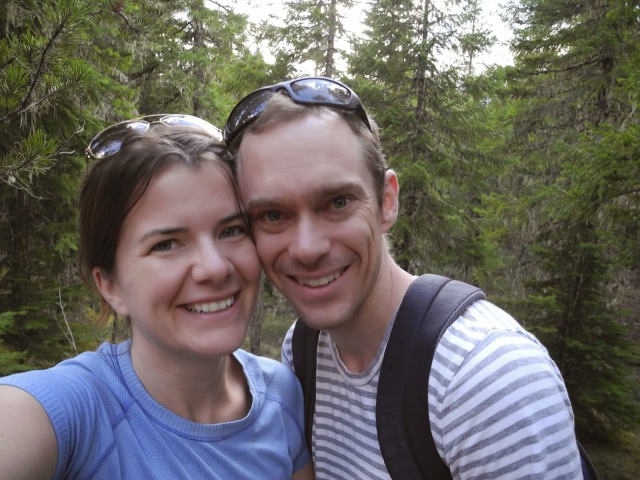 The next morning, I woke up early for a run along the Willamette River before heading back to shower, change and head to the airport via MDX.  I bought a Bowery Bagel for SMS and we hit the road.  Our short layover was in San Francisco where I went to my favorite airport concession stand, Fraiche.  It’s ridiculously overpriced, but I felt very healthy (and maybe slightly obnoxious) by ordering my Greek Yogurt and Green Juice.

On the flight to Tokyo, they were beta-testing having people use their own devices for movies.  This did not work very well since the app was required, which we did not have and there were no plugs to charge the devices.  Since the movies went over WiFi, there was no way our devices would work over the 10+ hour flight.  I wasn’t a fan, but no one’s asked my opinion yet.  Maybe I’ll send in one unsolicited, ha ha.

We made it home after a seemingly interminable train ride.  It was great to be back but I admit, I have a little post-vacation blues after such an amazing trip!