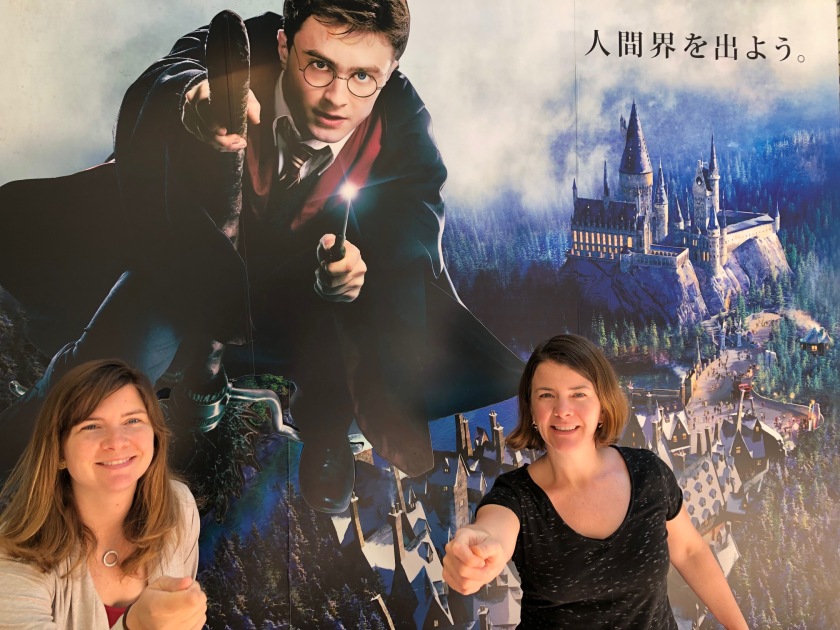 We checked out of Hotel Keihan in the morning after drinking some Tully coffee and packing up.  Tully’s was right across the way from our hotel, which was great since it’s one of my favorite chain coffee in Japan.  Forget Doutor coffee, Tully all the way!

The hotel was nice and the location was fantastic.  A minute walk from the train station and a two-minute walk to the front gate.  I still think it’s crazy that there’s no re-entry but even without the ability to do mid-day naps on the same pass, it is really nice to have a short walk back to a room rather than fight the train crowds at the end of the day. 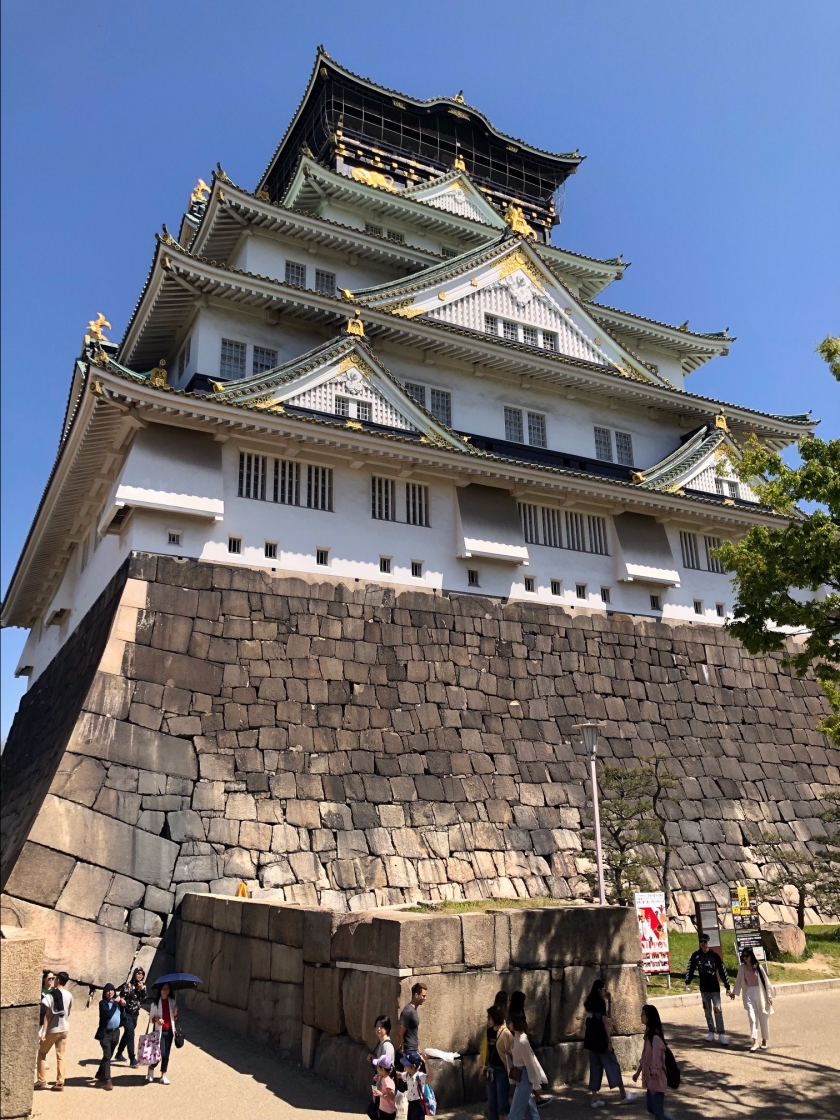 It was a gorgeous day and Brady wanted to see Osaka castle.  We walked through the park and up the hill to the castle.  We passed several groups having belated hanami picnics under the sakura’s last gasps.  It looked like so much fun!  Even though our walk was pretty meander-y, it was perfect for such an amazing Spring Day.  Highlights include the litter samurai, fighting park trash with his sword trash pick-uppers and the ichigo (strawberry) shave ice.  Yum! 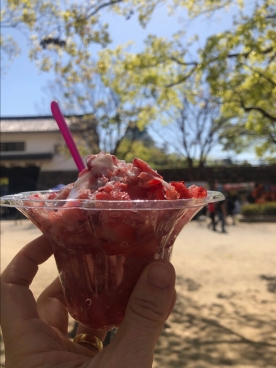 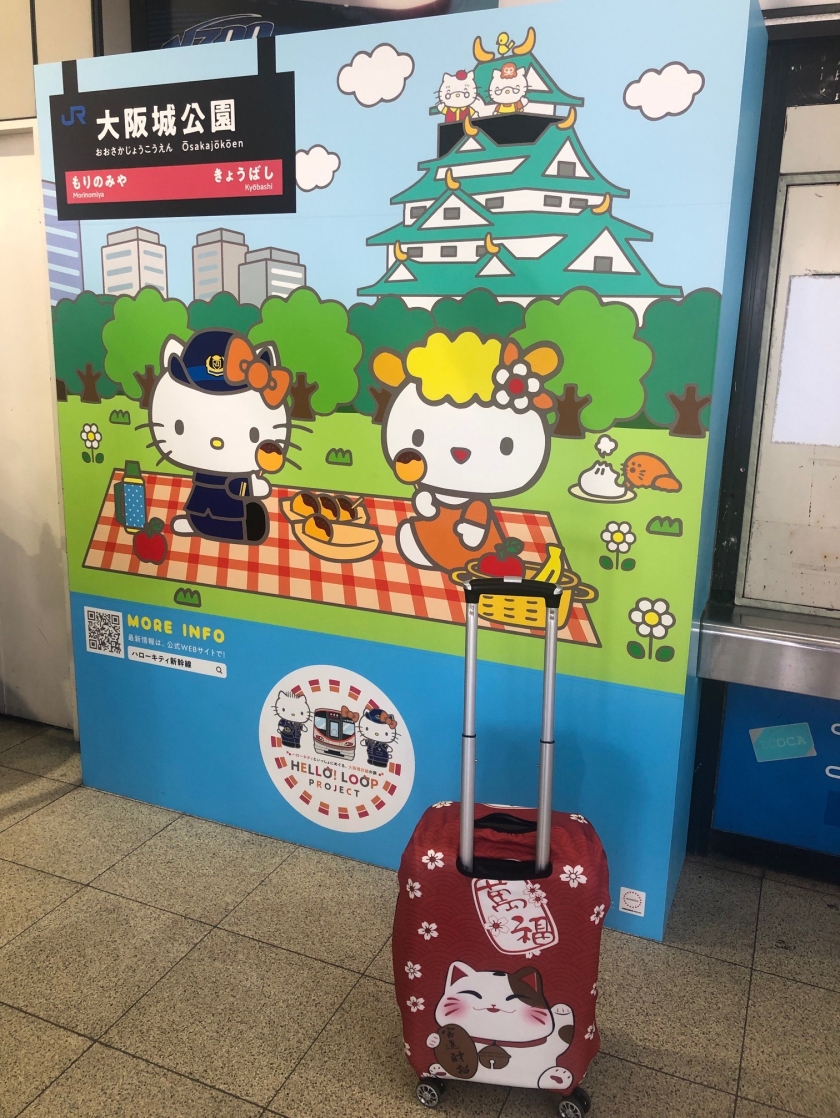 After our Osaka Castle walk, we made our way back to the Shinkansen.  On the local train, we accidentally got onto the women’s only car.  As you can see in the picture below, one man was banished and another was allowed to stay.

On the train, I made the last-minute decision to hop off in Kyoto for a mini-visit.  Brady and Ricardo continued on with their little samurai.  My main goal was a hike behind the Silver Temple but I got waylaid by wanting to go to Nishiki Market. 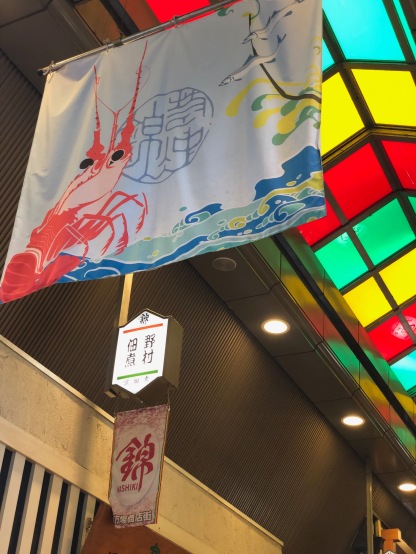 The Nishiki Market was crowded!  It seemed more touristy than when I was there before, with a few more souvenir shops and many more tourists than locals.  But it was also the end of the day, so people who actually use the market for food/business shopping had likely come and gone much earlier in the day.

I took a break from squeezing by people in a stand-up sake bar.  The A4 Wagyu yakitori is what first caught my eye, but a small plate of pickles and a mug of beer seemed like natural accompaniments.  I spoke with an American-Spanish couple from Seattle for a bit.  They were super-nice and Emilio said he was going to send me his email of Madrid recs, which should work out well for my likely trip next Summer.  A less friendly fellow was the cardboard cut-out man behind me but we gave each other space and everything was fine. 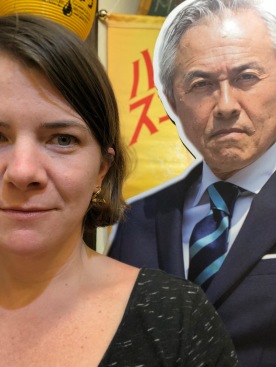 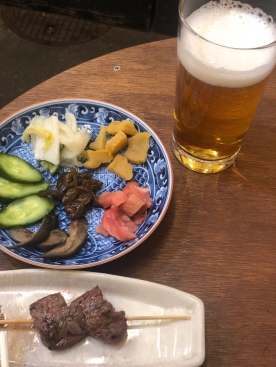 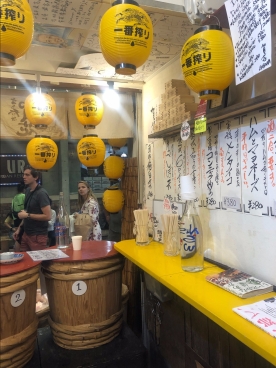 I hopped on the city bus to Genkakuji (Silver Temple) to do a hike I had wanted to do back in 2014.  The Silver Temple takes awhile to get to by bus and it was getting dark but I decided to go for it!  I’ve used my iPhone flashlight for trail light before when marathon training so I figured it would be ok.  I also grabbed a hiking stick to fight off the wild boars of Kyoto (which I’m pretty sure do not exist.  But not totally sure). 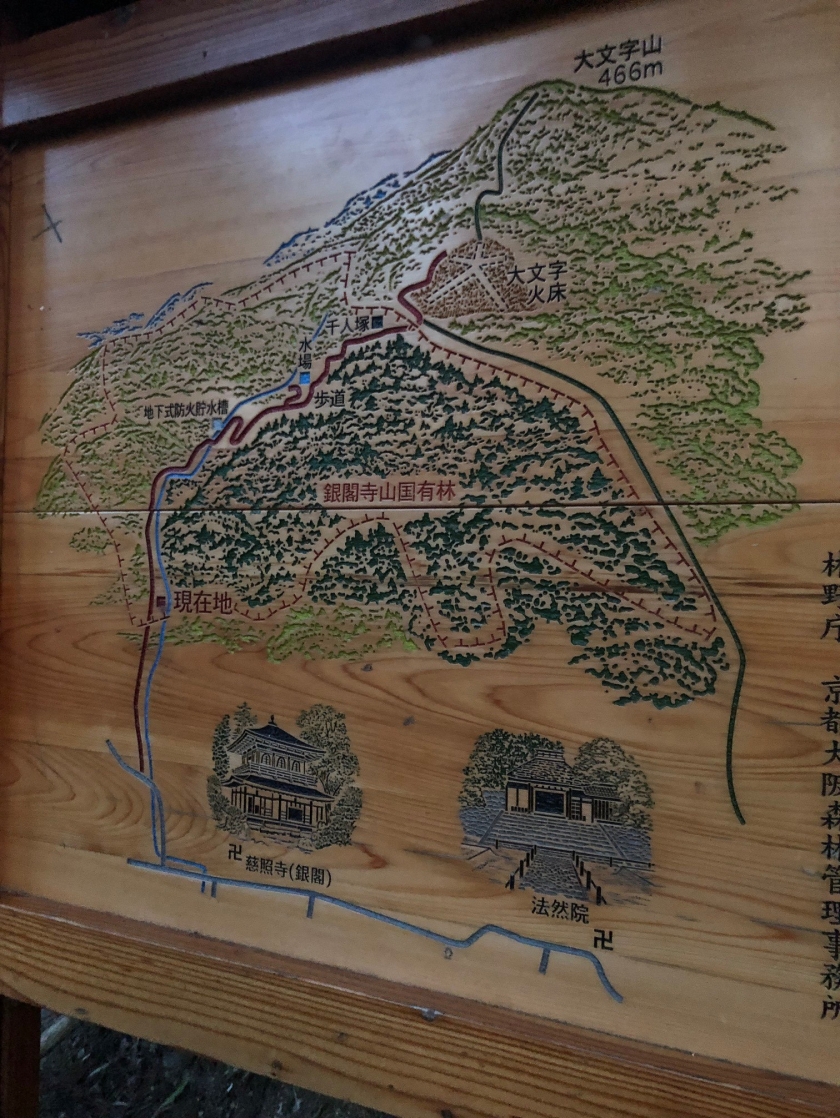 The hike was pretty straightforward.  There are a few good write-ups that go into a lot of detail, so I’ll just link to them.  A few people passed me heading out of the forest (hmmm…) but when I got to the top, there were several small groups hanging out, some with picnic supplies.  I looked over the city and thought it was really beautiful.  I couldn’t stay long because I had to get back to catch the last Shinkansen back North, which left earlier than I had thought but fortunately I checked the schedule.  I’ve learned that lesson the hard way more than a few times.

So, yes, I would definitely recommend the hike.  Maybe a little earlier in the day than when I did it, although I imagine the sunset would be pretty awesome.